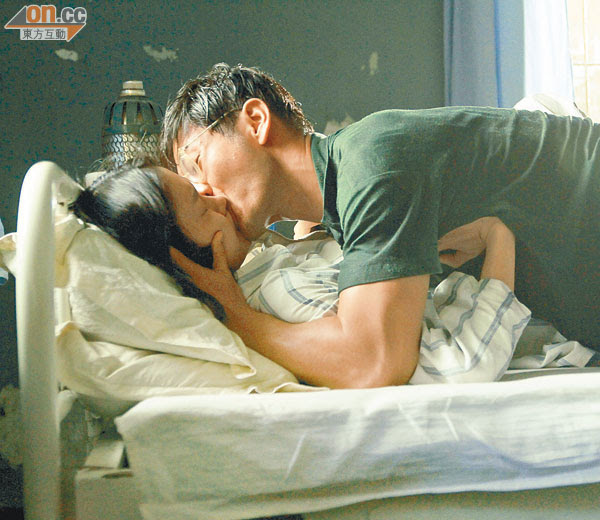 Huang Xiaoming is lucky on and off camera. As a teacher THE VOICE OF CHINA mentor, Han Hong leaned on his shoulder and gave him a kiss on the cheek. They even shared an apple, not fearing that his girlfriend Angelababy would be jealous.

Huang Xiaoming in the film AMERICAN DREAMS IN CHINA had a first kiss and first night scene with model Du Juan. In the story he visited her at the hospital and could not help but force a kiss on Du Juan who has been rejecting him. During the shoot, Huang Xiaoming performed wildly. He said, "Because it needed the sudden result, we didn't communicate before the shoot in order to have the most natural reaction." As for the first night scene, Huang Xiaoming joked, "I am the one who was knocked off instead!" In the film Du Juan "returned the favor" and coolly took away his "first time".
Posted by hktopten at 2:40 PM