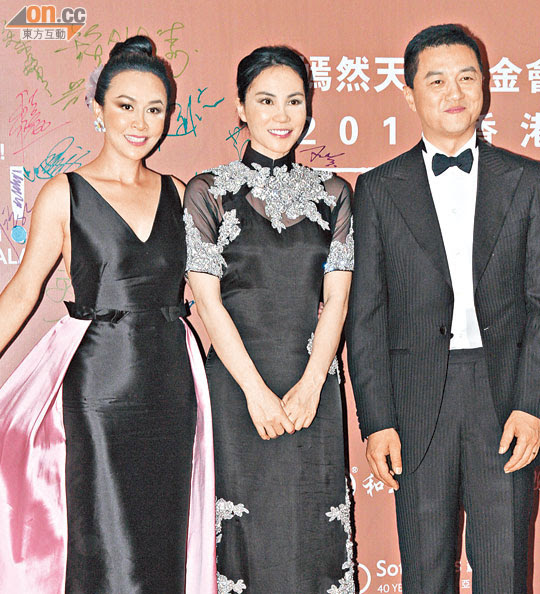 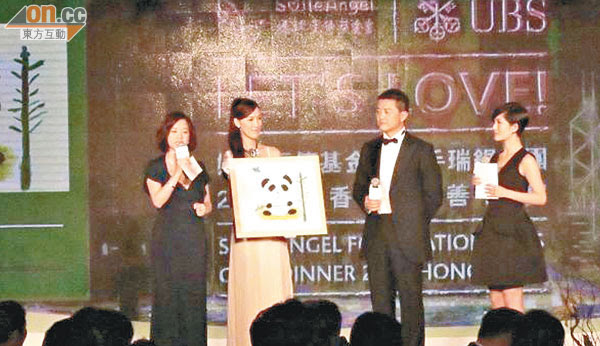 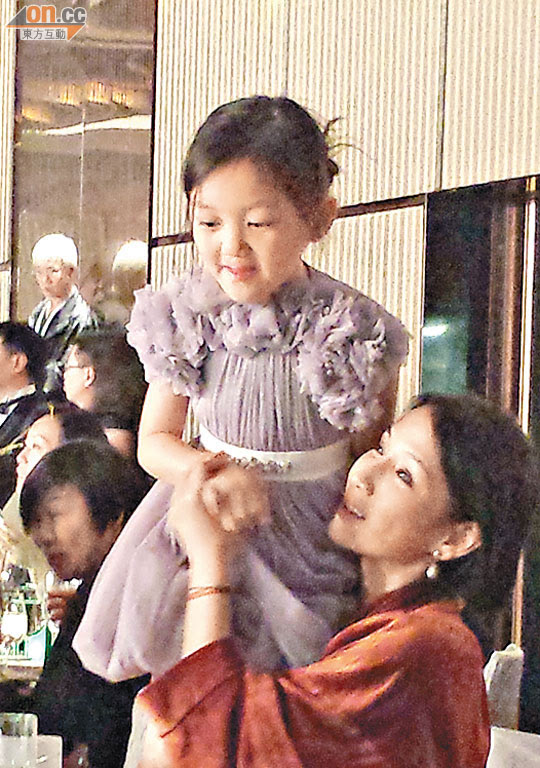 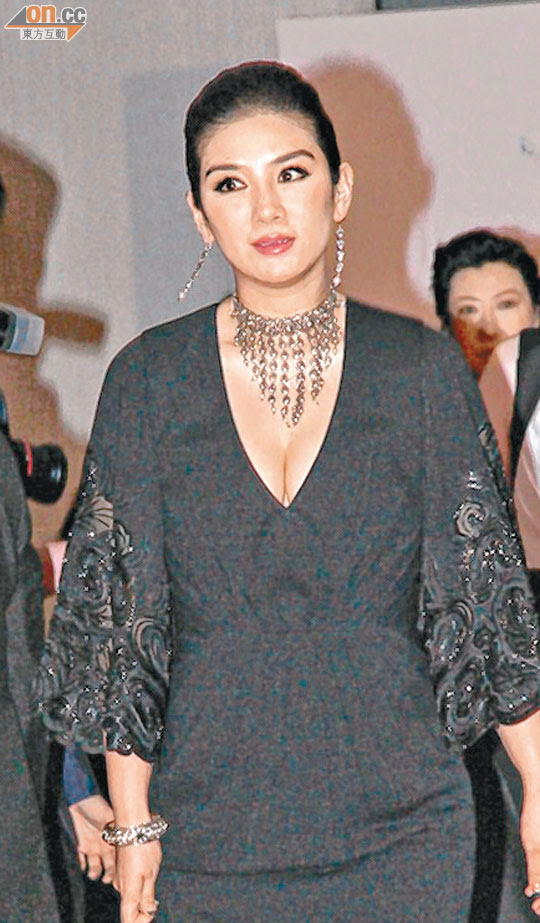 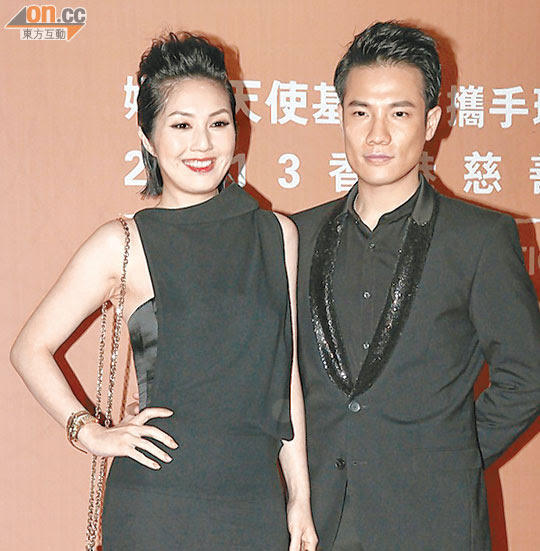 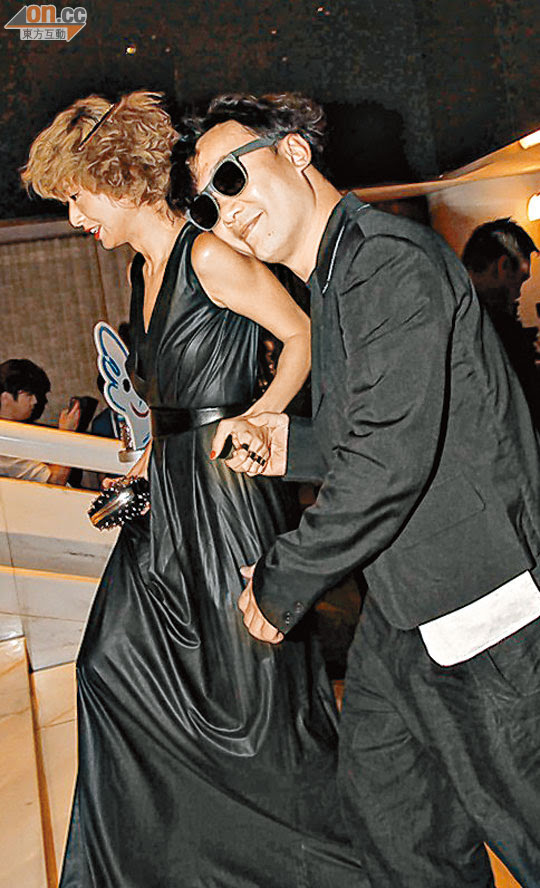 Faye Wong two nights ago celebrated her daughter's birthday in advance with Lau Ka Ling, Tony Leung Chiu Wai, Na Ying and her husband. Lau Ka Ling posted the photos online. Li Yang despite her deformity was still full of self confidence. Li Yapeng revealed that he and his wife gave a necklace to his daughter for her birthday.

The birthday girl did not appear but donated her drawing "Little Bird and Panda" to be auctioned, which went to "Mainland stock goddess" Liu Yang for HK$1 million. Li Yapeng said that the drawing was the only item without a starting bid price. Originally Bowie Tsang Bo Yi made a bid for 100,000 on behalf of her father Eric Tsang Chi Wai, but the second bid already reached 1 million and won. Tsang Bo Yi joked that Chi Wai had no leg to stand on.

Zhao Wei and five Mainland HAPPY CAMP family members He Jiong, Nana Xie Na and others were named 2013 Smile Angel Stars who in the upcoming year will help children with deformities. Because the venue was too noisy, Zhao Wei said on the stage, "Too many people are talking and are too noisy, everyone should pay attention to the stage. On the stage are the most popular hosts and the female director with the highest box office." The guests immediately quieted down. Zhao Wei even won the bid for "Warm North Pole" painting for HK$1.28 million. Someone donated 1 million for Chan Yik Shun to perform and he naturally complied. Tsang Chi Wai and Li Yapeng donated 1 million each for Na Ying to perform. Na Ying joked that she wanted to follow Li Yapeng home.

Lau Ka Ling's husband Leung Chiu Wai went to Japan to promote THE GRANDMASTERS (YUT DOI JUNG SI), thus he did not attend. She said, "I too wanted to bid on auction tiems, but very soon people exceeded my bids." Lau Ka Ling did not win the Cannes Film Festival Best Actress, but she said that she "made a profit". She said, "The performance already exceeded expectation. I disagree with the film critic's claim that the director's abilities were lacking and wasted my acting; without the director, there would be no BENDS (GOR GAI)."

Zhao Wei spoke about her rumored dispute with Zhou Xun leading to a dispute with her friend Chen Kun. "This is just speculative news. We are just like we were before. Every time we have a movie release, some news would also appear and I don't like that too much. We haven't seen each other in two years, or rather I should say we haven't gone out privately in two years. Yet at work we still run into each other." Zhao Wei denied that she stopped following Chen Kun online. When asked if they were still "good friends", Zhao Wei said, "Yes yes yes" to confirm that their friendship remained unchanged.

Zhao Wei praised Faye Wong's daughter Li Yan for being a natural artist. "I have seen Li Yan's artwork, she has a lot of talent. After being with her for awhile, I realize that she really has a lot of artistic genes. I believe in the future she definitely will be an artist. As for Tung Tung (Dou Ching Tung), her singing is truly great. Their entire family have al ot of artistic talent."

As for her own daughter "Little April", Zhao Wei praised that she had a desire to perform. As for whether she will join show business, she kept an open mind and let her daughter choose. She even revealed that "Little April" also came with her on this trip and she will stay in Hong Kong for a few days to promote her film SO YOUNG.

Emme Wong Yi man donated a HK$600,000 diamond watch. Speaking of her old flame Shawn Yue Man Lok and Kary Ng Yu Fei, Wong Yee Man said, "How can I not know? I congratulate his tail! Actually we have been very good friends, in constant contact. I also have sent a text message to congratulate him. We have known each other for over 10 years, now we have our new other halves and we have grown up a lot."

Wong Yi Mee revealed that her boyfriend Chan Kwok Kwan already proposed. "Our relationship has been very stable. Actually he has already proposed, but I haven't agreed yet. He is sincere and attentive, but I still lack the impulse to marry."

Michael Wong Man Tak attended with his wife Janet Ma Si Wai. Their oldest daughter Wong Man Hei was caught smoking at a night spot and he was upset. "Smoking is unhealthy!" Ma Si Wai protected her daughter, "Taking a few puff at social functions is acceptable, but not one after another. To me, smoking is not different from taking drugs. Are my daughter and her boyfriend very intimate? I feel the report was untrue, it was just a goodbye kiss. She is a big girl and dating is very normal. I already asked her to be more alert in public places, but I also don't want her to be affected because her parents are public figures."