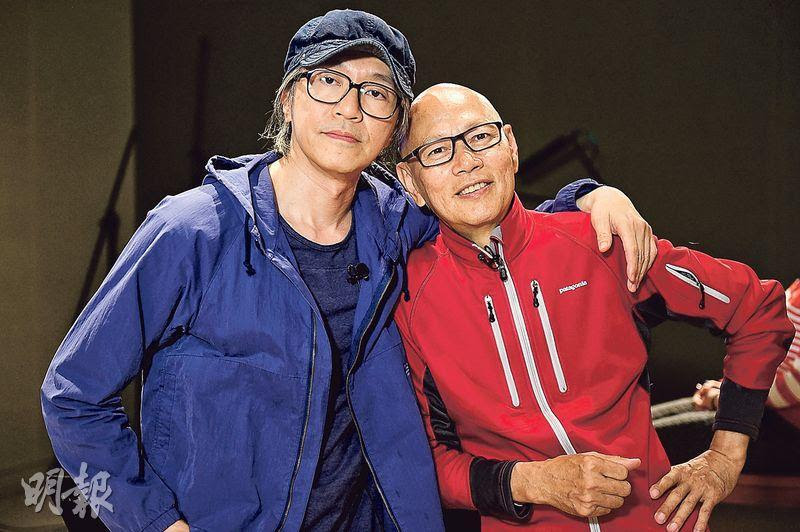 Stephen Chow Sing Chi and Tsui Hark teamed up for the Lunar New Year film JOURNEY TO THE WEST: THE DEMONS STRIKE BACK, which earlier began its Cantonese version voice work. Sing Yeh even invited "Master" Law Kar Ying. In the 1994 Sing Yeh played Sun Wukong in CHINESE ODYSSEY (SAI YAU GEI), which was wildly popular. In the film he and "Master" Law Kar Ying had many classic scenes. 22 years later, "the Master and the Disciple" teamed up again as Sing Yeh invited "Master" Law Kar Ying to provide his voice in the film. Brother Ka Ying this time was "promoted" from Tang Monk, in the film he played Tang Monk's master. No wonder he said, "1994 was 22 years before this JOURNEY TO THE WEST. Time passed by very quickly. This time Sing Yeh became the producer, I as the voice actor was rather appropriate. Since he wouldn't act, I wouldn't either. Let the kids plays, we have already reached god class."

On the day of the recording, Sing Yeh was at the studio early to prepare. Brother Kar Ying also rushed back to Hong Kong for the film voice recording. Since he invited "Master" to provide his voice to a character in the film, Sing Yeh went from the control room to the studio to personally supervise Brother Kar Ying's entire process. Sing Yeh and "Master" studied how to perform each line and praised "Master's" voice acting. "It's OK! Great!" Sing Yeh stated that Brother Kar Ying as the Tang Monk was too classic, so he invited him to provide his voice to the Tang Monk's Master. He said, "Of course! Do you even need to ask?" Jokingly calling himself "Old Tang Monk", Brother Kar Ying said that Tang Monk's Master actually was a guest award presenter. He said, "In the film I played a guest award presenter, responsible for presenting the 'Lifetime Achievement Award' to Tang Monk."
Posted by hktopten at 4:49 PM