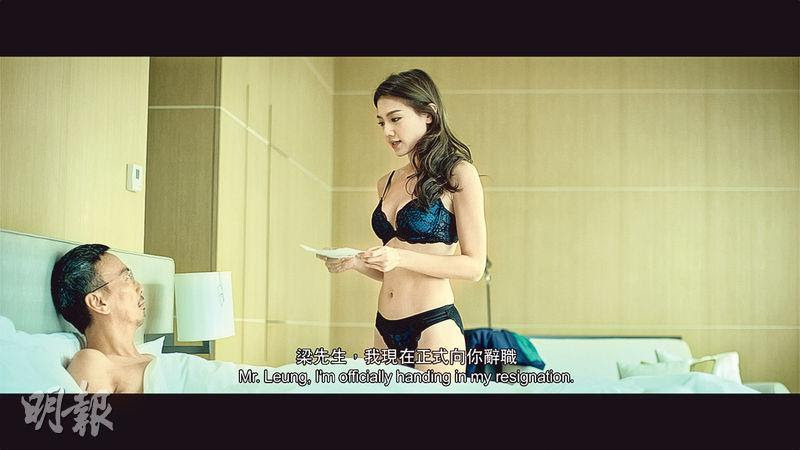 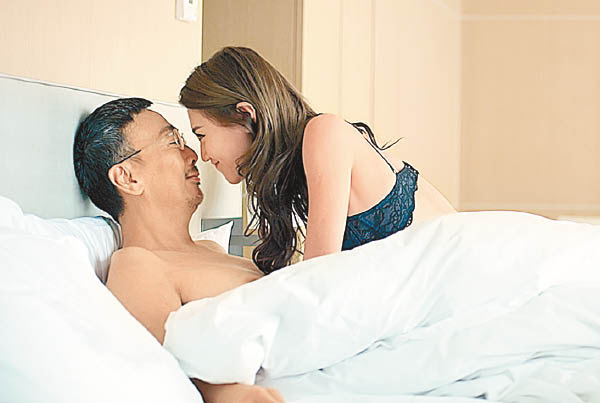 Chrissie Chau Sau Na in the Lawrence Cheng Tan Shui starred Lunar New Year film YUPPIE FANTASIA 3 (SIU NAM YUN JAU GEI 3 ji NG GA YAU HEI) played a sexy secretary and had many intimate scenes with Cheng Tan Shui. They even went to a hotel room for "lunch", a bed scene in sexy underwear! Chau Sau Na said, "This shoot needed the set to be cleared because the whole room could be seen in a wide shot. We also had two teams; each time after one shot the director had to exit the room because the playback monitor was in another room. After finishing he would come back to shoot again. The shoot actually wasn't easy."

Chau Sau Na said that the bed scene with Cheng Tan Shui was not awkward. Instead because they have worked together for awhile they have become familiar. When they lovingly stared at teach other they often cracked up. Cheng Tan Shui thanked Chau Sau Na for trusting him. "In the film Sister Na was my secretary and my secret lover. She quit in the hotel room, which was rather absurd. However I already wrote it in the script long ago. During table read I explained it very clearly, so she was very at ease with leaving the entire matter to me. Instead I was the one who was nervous, I didn't want to be unworthy of her trust in me."
Posted by hktopten at 7:22 PM