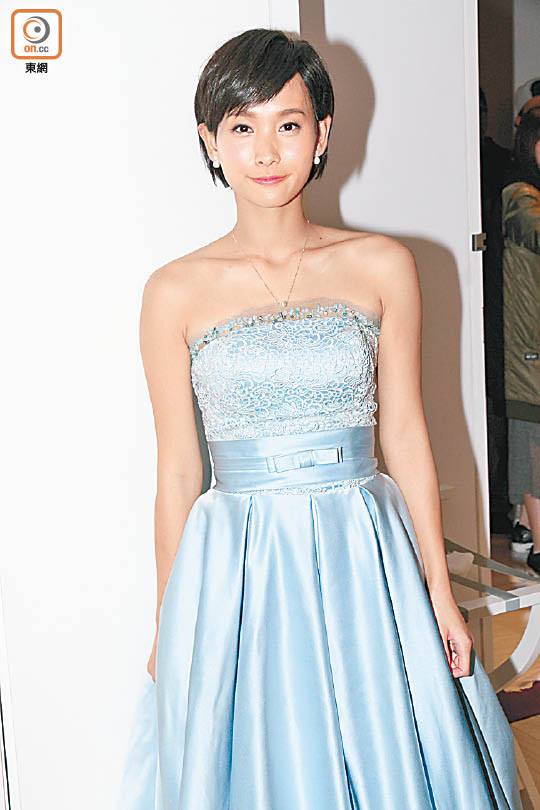 The charity film GO BIT JI CHIN (BEFORE FAREWELL) was the first film that the government recognized charitable organization W Workshop invested in. The cast included Jason Chan Pak Yu and Hedwig Tam Sin Yin. The executive producer was Wong Cho Lam, the director was Lau Hau Wai. This film would donate all proceeds after expenses to promote life and death education and bereavement consulting services.

Leads Chan Pak Yu and Tam Sin Yin yesterday worked on a wedding scene in a hotel. Tam Sin Yin was in a wedding gown, but Pak Yu wore a bathrobe. Pak Yu asked everyone to keep their minds out of the gutter. He was dressed under the bathrobe. In the scene they went to the hotel room to shower after getting married. Did they share a bath? Pak Yu said, "We bathed alone. Bathing should be something to be done alone. Although I have shared a bath with someone, I was drunk that time and my girlfriend was cleaning me up."

Tam Sin Yin played a cancer patient in the film. All her scenes were sad. Yesterday she also cried al morning. At night she would have to shave her head for the performance. Pak Yu said that originally he wanted to shave his head too for their characters to appear closer, but he planned to shoot his wedding photos in May and officially wed in July. Was he worried that his hair would not grow back? Pak Yu said that he already has shaved his head and his hair grew back very quickly. He was not worried. Tam Sin Yin said that she grew her hair for 7 or 8 years. This time she got hair care sponsorship. After shaving her head and the shoot was completed, she would work hard on hair care so it would grow back faster. She was not worried either.
Posted by hktopten at 4:53 PM