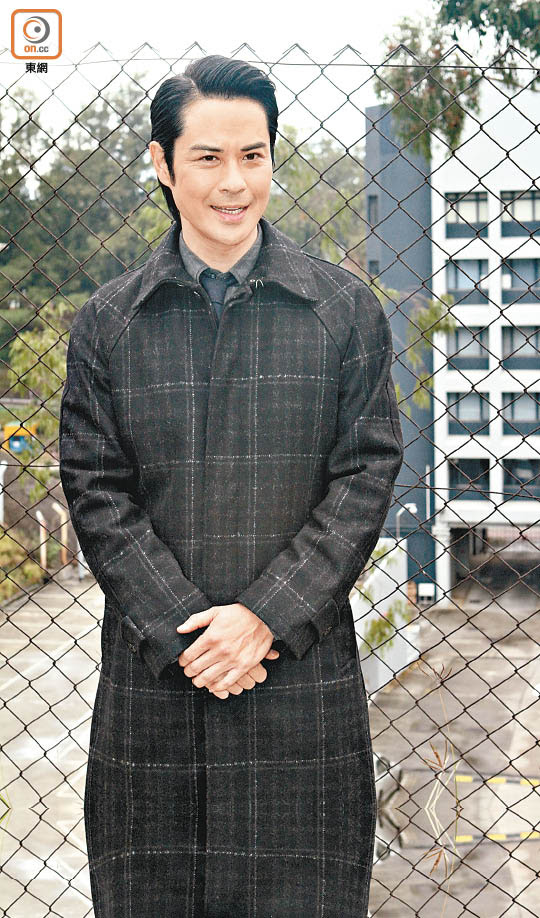 The film DRAGON TATTOO (GAU LUNG BUK BAI) earlier while shooting on location in Macau was taken to the police station to assist with an investigation after they shoot at the security force office without permission. Finally director Fruit Chan Gor signed an apology statement and admitted to his wrongdoing. Kevin Cheng Ka Wing was also held for 8 hours before his release. Yesterday Chan Gor and Ka Wing was shooting on location in Ho Man Tin. The film company boss Raymond Wong Pak Ming, producers John Chong Ching and Amy Chin Siu Wai visited the set.

Cheng Ka Wing sad that he was not worried at the Macau police station at all. He said, "It's like taking a break at the cafeteria. I even took a nap. The officers understood that I spent all night on the shoot and let me take a power nap on the sofa for more than a hour." Ka Wing said that because the director gave an explanation first, he did not panic at the time. He only followed the procedure to give a testimony, which he admitted was the first time in his life. He thanked the director for giving him the good experience. As for his girlfriend Grace Chan Hoi Lam, Ka Wing said, "I didn't tell her. The matter is resolved. I will have to go again anyway because the movie isn't done."
Posted by hktopten at 3:45 PM