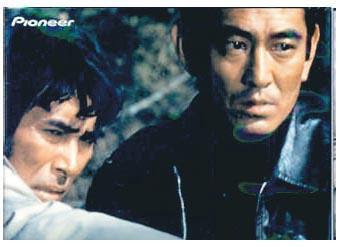 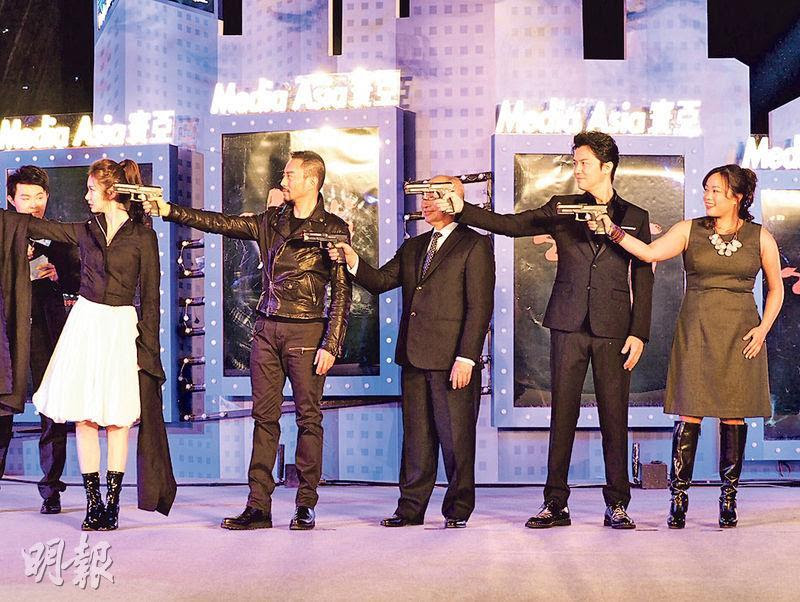 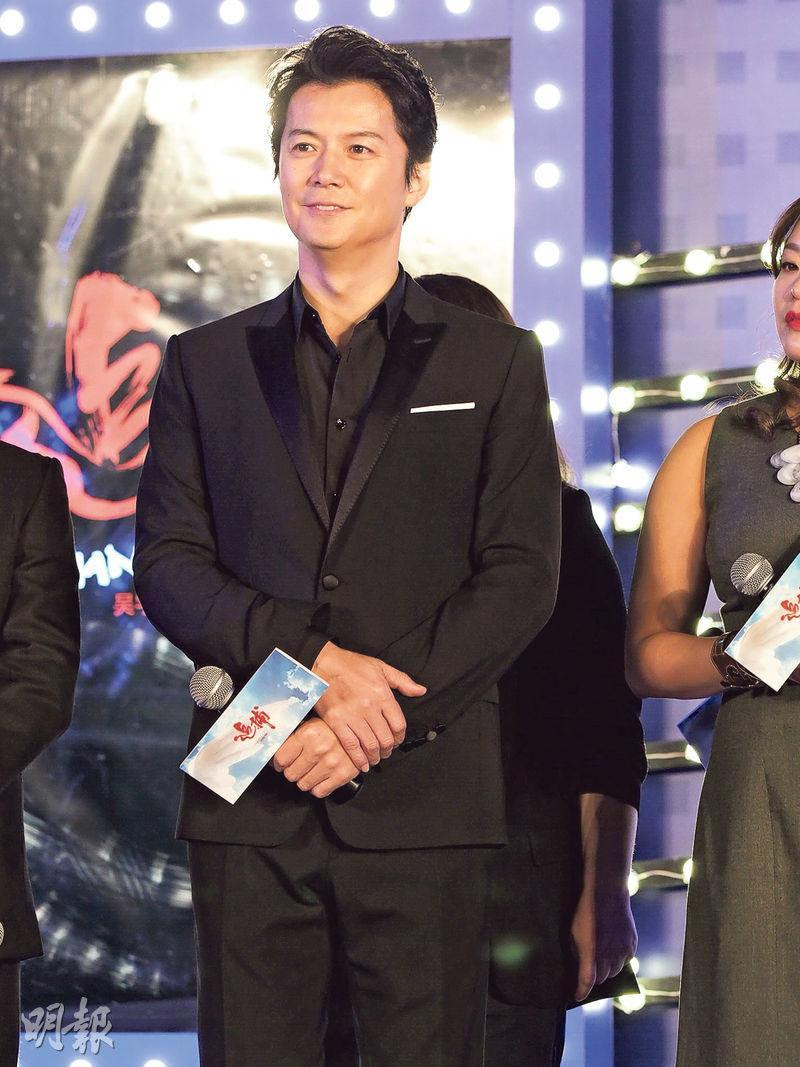 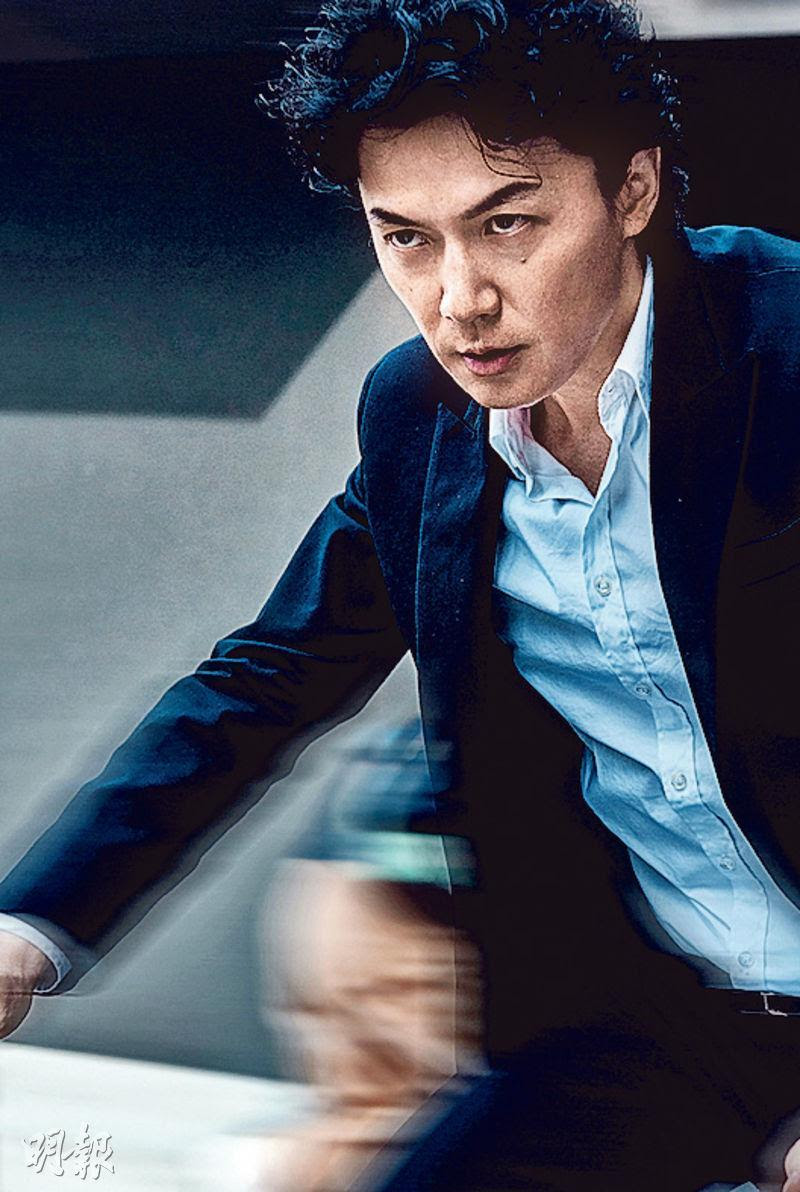 Director Ng Yu Sum excelled in gun fight scenes. Yesterday at the press conference. Director Ng led the actors in a gun firing ceremony to announce the film poster. As the shots rang out, the poster fell with a flock of "white doves" from above to thunderous applause. Ng Yu Sum, Masaharu Fukuyama, Ng Fei Ha, Zhang Hanyu and Qi Wei spoke to the media and introduced themselves. Masaharu Fukuyama delivered his greeting in Putonghua and led to applause and cheer from the audience. He said, "How are you everyone, I am Masaharu Fukuyama!" Then he said in Japanese, "I am very happy to come to Beijing, very honored to take part in this film. In addition as a fan I am very happy to be able to work with Director Ng." He revealed that at first when he received the invitation to make MANHUNT it felt like a dream. After that he was determined to work hard on his performance to thank the boss and the director. Masaharu Fukuyama revealed that he was very excited when Director Ng added his trademark white doves. He said, "The director is excellent is action scenes. During my shoot the doves were added. I was very touched and very excited. Later I watched it over and over again, I was very happy."

Started as a voice actor, Zhang Hanyu revealed that he was a top MANHUNT fan. He also joined the show business because of this film 40 years ago. He said, "Around 40 years ago the Ken Takakura starred MANHUNT was released in the Mainland. At the time it caused quite a stir and it was very influential to me. Many of my favorite voice actors participated in this film. I have liked voice work when I was little because of MANHUNT. At the time television wasn't common place, I kept watching this movie. I was familiar with the lines and the music from the beginning to the end. Everyday I would play different MANHUNT characters with friends. 40 years later, when Media Asia and Ng Yu Sum remade the movie MANHUNT I was honored to play this character." He immediately performed the film's classic lines and impersonated the voice actors' voices. As soon as he opened his mouth the crowd was amazed!

Director Ng said, "The first time I watched MANHUNT was in the 70s. I really admired the actor in the film Ken Takakura. I would watch all of his movies. By chance we met each other, he also liked my movies. We once talked about the chance to work together, we were just waiting for the right script. He would send me gifts and write letters to me, we had a type of mutual admiration. His passing saddened me very much. The loss of a great actor was very regrettable. I hope to make a movie to remember this actor I liked very much. Later I received calls from Mr. Lam Kin Ngok and Mr. Chan Ka Seung, hoping that I would direct this film. I immediately agreed. In MANHUNT, Ken Takakura was very persistent and brave in search for the truth, I really admired that spirit. In addition this film was once very popular in China, to me it was also very meaningful."

Director Ng supposedly worked for 48 hours straight without sleep. He said, "Our team no matter where we came from all worked very hard. Everyone put in an effort and their talent. This film was very important to me, even more important to the company as it had very high expectation. I didn't dare to slack off." He also shared how he brought romance to violence. He sad, "Violence contains romantic emotions, humanity, warmth, spirit of sacrifice. I personally like to dance a lot, I really like to watch musicals. At school I have taught dancing, so my action films resembled musicals. MANHUNT also had beauty, emotions and friendship in its action."
Posted by hktopten at 3:38 PM