[2017.01.07] MAX ZHANG LEARNS FROM ANDERSON SILVA BEFORE GOING TO HOLLYWOOD 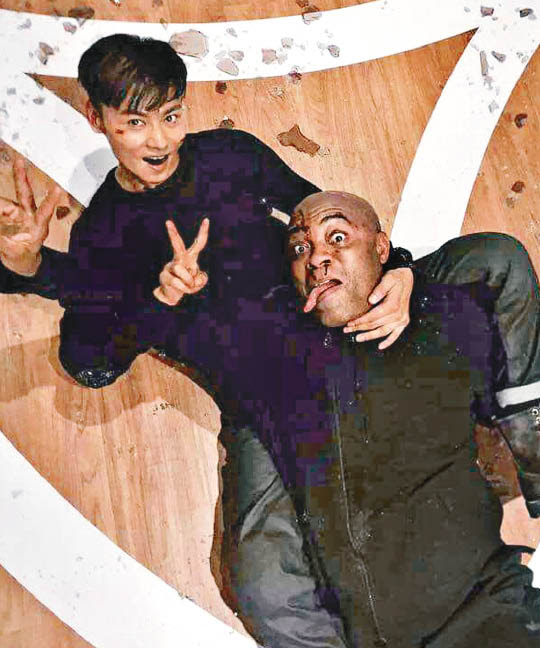 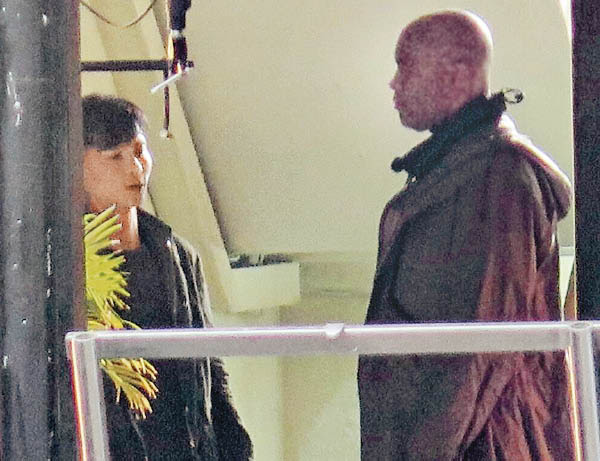 Max Zhang Jin recently not only worked on the Raymond Wong Pak Ming invested DRAGON TATTOO (GAU LUNG BUK BAI) but also took time to work on the Hollywood science fiction action film PACIFIC RIM 2 in Australia. Ah Jin before starting work in Australia took time for English lessons. His DRAGON rival Anderson Silva made his film debut. Ah Jin took the chance to learn from him in hopes of improving his English.

Although Ah Jin had a lot of fight scenes with Anderson Silva, privately they got along famously. Earlier they worked on a fight scene Lau Fau Shan. Before the shoot they "sparred" and chatted harmoniously. Ah Jin was covered in blood for the film. Anderson Silva at first was not used to the camera. Luckily Ah Jin helped from the sideline. The two big kids after the scene in the ring made faces on the floor for photos.

Anderson Silva would stay in Hong Kong for 3 months and go to Macau for a location shoot. Ah Jin played tour guide to take him out for food. Speaking of his new co-star, Ah Jin had nothing but praise. "He looks tall and vicious in the ring, but actually he is very friendly, absolutely is a nice guy. You really can't judge a book by its cover!"
Posted by hktopten at 2:13 PM