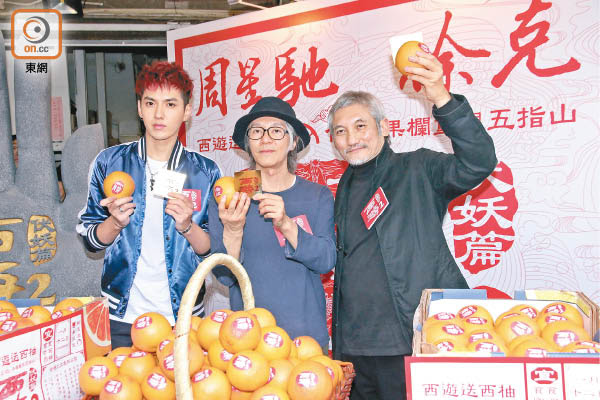 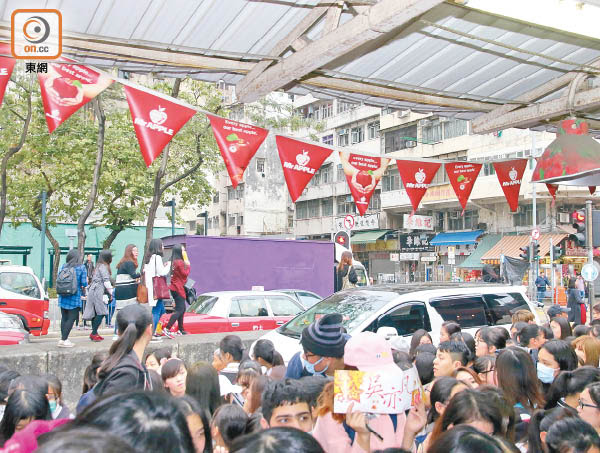 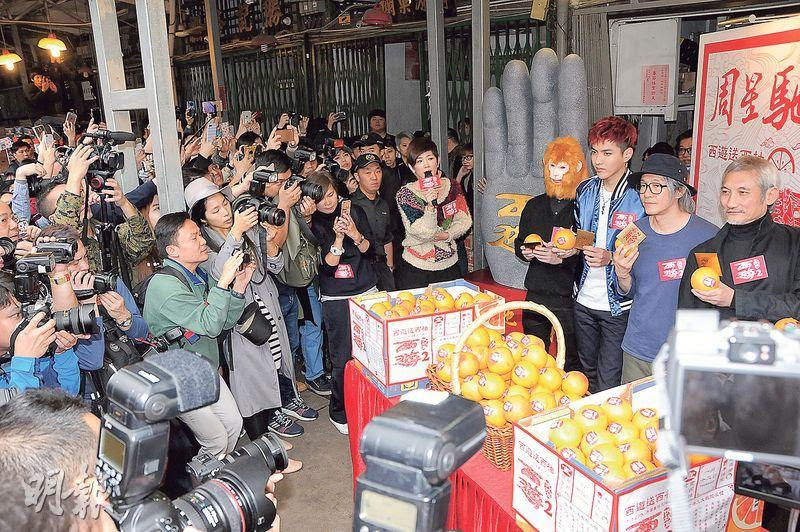 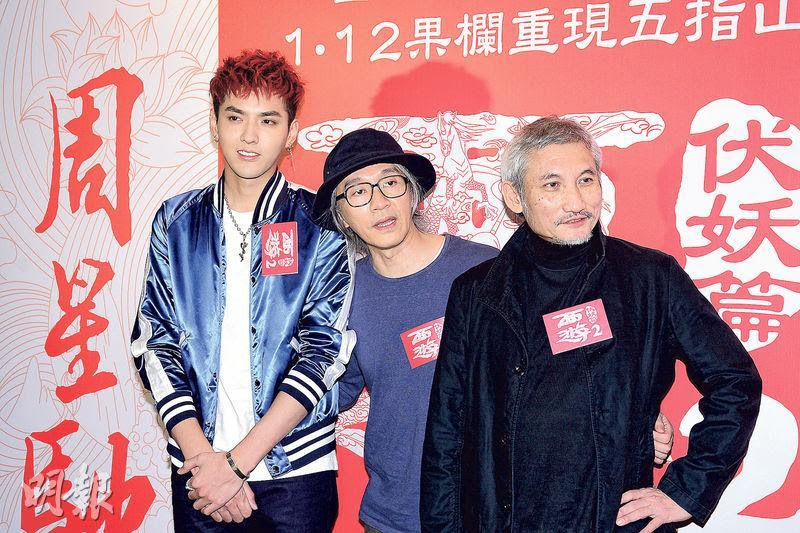 Stephen Chow Sing Chi, Tsui Hark and Kris Wu Yifan yesterday promoted the Lunar New Year film JOURNEY TO THE WEST: THE DEMONS STRIKE BACK at the Yau Ma Tei fruit market. Before the event started Sing Ma even appeared for media photos. Over 100 Wu Yifan fans were present to show their support, but due to how close the market was to the street, many fans without any regard for danger stood close to the streets. Then pedestrians stood on the median on the road to watch. Several times the police came to get an understanding.

Chow Sing Chi and Tsui Hark appeared, but as soon as Wu Yifan appeared fans screamed. The host mentioned that Chow Sing Chi and Tsui Hark worked together for the first time. The former joked that the other was "so great" that he had to wait for 30 to 40 years before they were able to work together. Tsui Hark sad that he has wanted to work together for 20 years already. When Chow called he still had to ask whether he was for real. Now finally the film is finished. Who had the final say? Chow Sing Chi said, "Chairman Wu does!" Wu Yifan was surprised, shook his head and repeatedly denied that. Tsui Hark joked that he will not tell until his future memoir. Chow Sing Chi also joked that they did not reach any agreement and they were still persisting. He instead asked who came up with the idea of "JOURNEY TO THE WEST gives away Grapefruit"? The host answered that he heard Chow Sing Chi came up with it. Chow Sing Chi said, "That's got nothing to do with me, how can I come up with such a good idea!"

Aside from computer generated special effects, this film also had many romantic elements. Chow Sing Chi praised Tsui Hark for being well honed in this area. This time the romance in the film was very powerful. Tsui Hark said, "You wrote it, you wrote in your personal romantic history. I only shot it as written and didn't give any input."

When asked about shaving his head to play the Tang Monk, before Wu Yifan even opened his mouth to answer the fans were already screaming nonstop. Wu Yifan said, "Actually I am not very handsome. For this rare chance that Sing Yeh and Old Master approached me with, I took it without hesitation. However this time was different from before. I had to play a funny Tang Monk who knew kung fu, which also was an enormous challenge." He also thanked two directors' suggestions for his performance, which enabled him to conquer three disciples like a lion tamer on the journey for the scripture in the West. Chow Sing Chi also praised Wu Yifan for his comedic sense.
Posted by hktopten at 8:17 PM