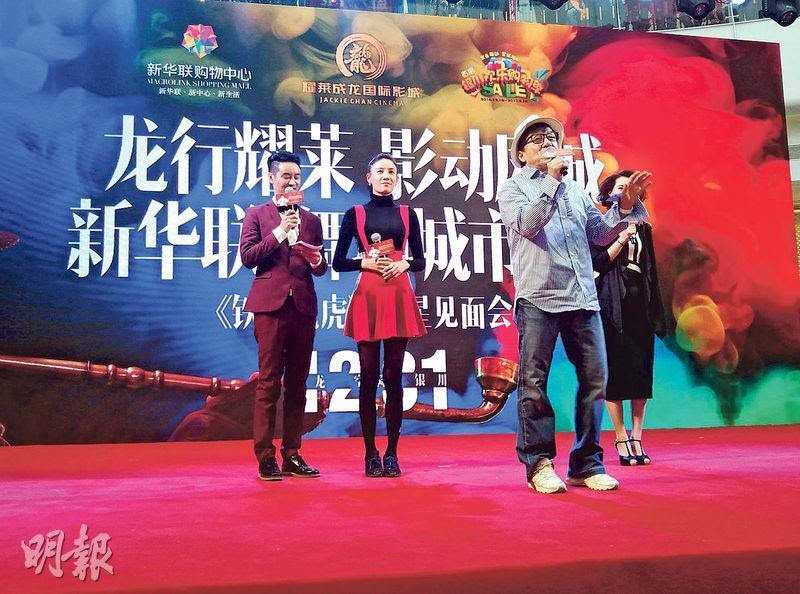 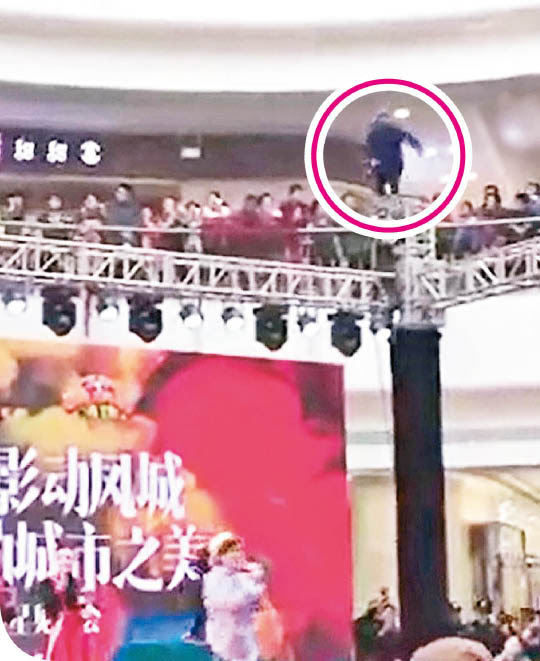 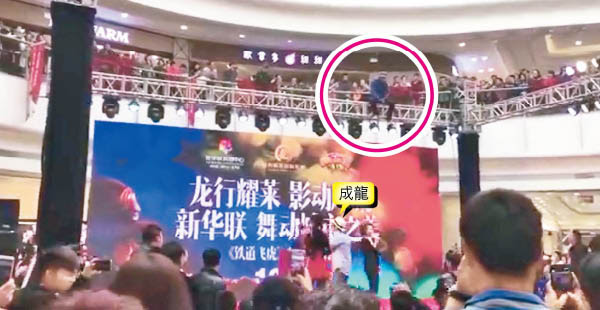 International superstar Jackie Chan has made countless action films with highly difficult stunts. Recently he has been promoting his new film and had to work even on New Year's Eve. While attending an event in Yinchuan, he greeted the audience when an uproar took place. Jackie Chan looked up and saw a fan, who for a glimpse of him reprised his classic POLICE STORY stunt. The fan climbed on the two story tall lighting scaffold. Jackie Chan tried to stop him but the fan was unresponsive. Jackie Chan sad, "If you keep doing this I am leaving!" Then he was about to leave. The fan suddenly jumped down. The security rushed in to remove the fan and the event continued.

Later Jackie Chan posted online about the fan's irrational behavior. "My colleagues and I are both concerned, hoping that he is fine. I am a father too. If something happened, how would I explain it to the fan's parent......the local authorities contacted our team and said that if something similar happens again I would be banned from appearing in such events again."
Posted by hktopten at 4:33 PM