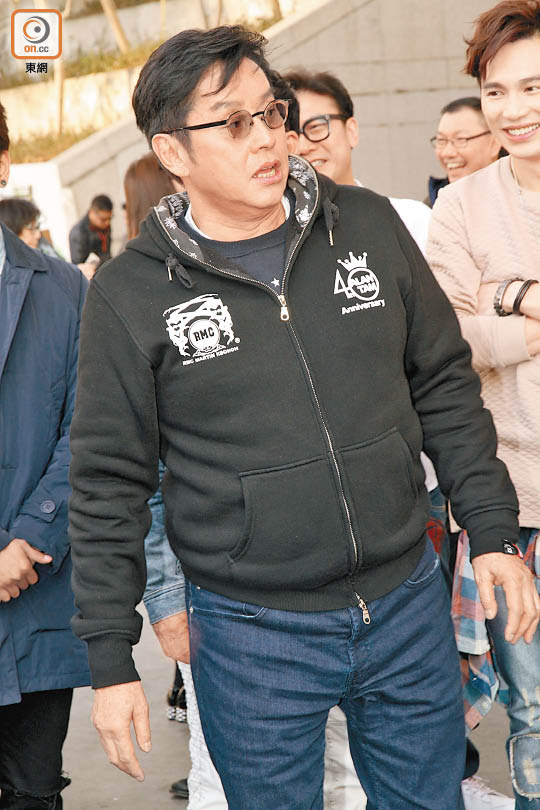 Having been away from the director's chair for over 20 years, Chan Yau said that originally he wanted to get a young director to direct. However he felt that the younger generation of directors lacked that nostalgia, he finally decided to direct himself. Returning to directing after so many years, he realized that the equipment is much more advanced.

Alan introduced the young actors and joked that Chan Ka Lok did not look like Pang Kin Sun at all. "He wasn't this handsome, this is outrageous." Kin Jai felt that the cast bore a lot of resemblance. What advice did they have fro the new actors? Alan felt that the most important would be teaching them to respect their teachers, ethics and elders. Was there any subject that was off limits? Alan joked, "Don't worry, the script definitely has to pass our inspection. Anything that can't be shown won't be."

Wai Ying Hung played Ah Lek's Mommy. She said that she cut her hair short for this character. She received a Hong Kong Film Award Best Actress nomination for her work in HAPPINESS (HUNG WON SI NGOR). Was she confident about her performance? She stated that the performance actually was very easy in the film and had no difficulty at all because she was only imitating her Mama. Later she will go to Osaka and Malaysia to attend different award shows.
Posted by hktopten at 12:23 PM