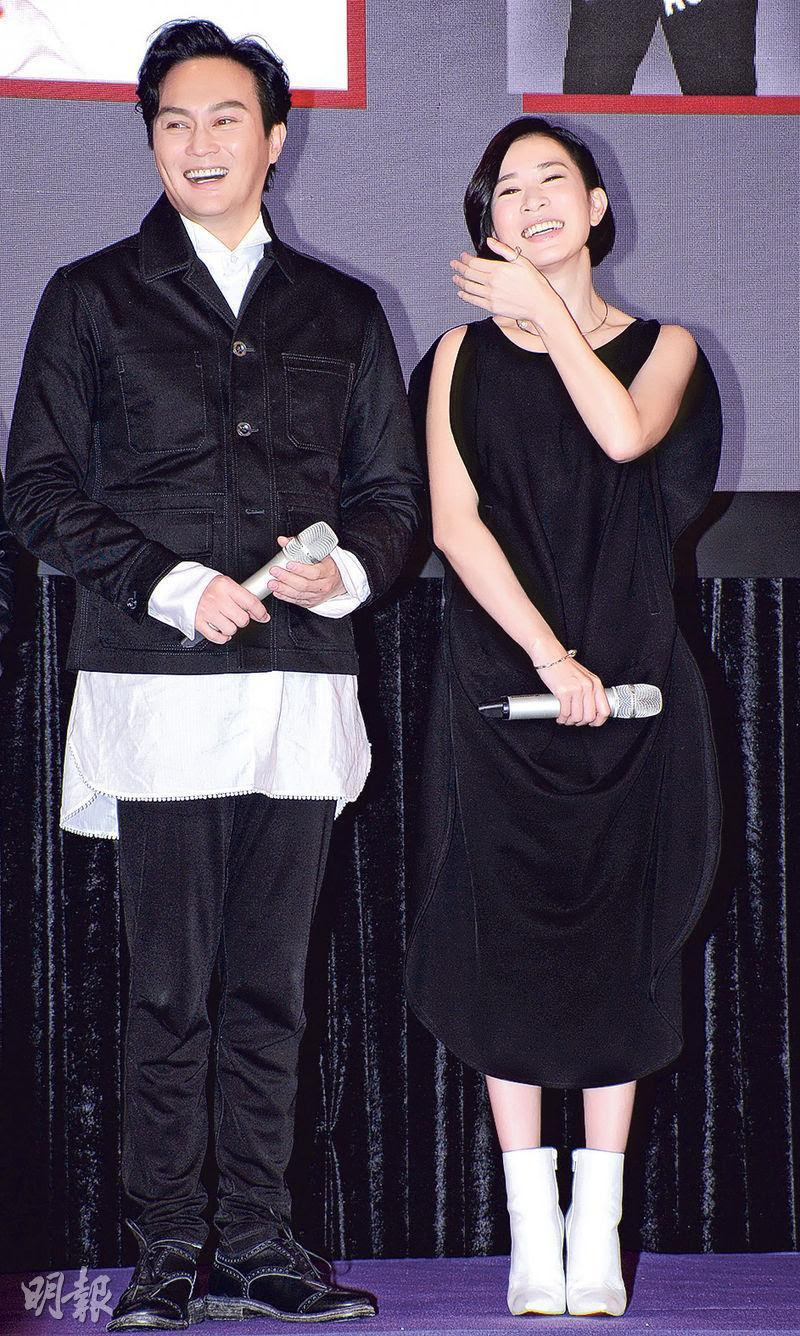 The chubby faced Chilam gained some weight for the film SEUNG JOI NEI JOR YAU. He said that he deliberately gained weight for the film, he pigged out during Christmas and New Year and gained 20 pounds! Now he must lose weight, otherwise he would have to transition to another genre. Lately he has been working hard on exercises and diets. The hardest part was the temptation. Did his wife Anita Yuen Wing Yi call him "chubby"? Chilam said, "She kept giving me looks, I have been severely impacted! I have to slim down in a flash and be the thinnest artist. Would I get anorexia though?" He said that losing 15 pounds would be the most ideal. Of course he could not reach the eight pack abdominal muscles during his concerts, not to mention that everyone has seen them. "Now I have lost 2 pounds. I have to lose them slowly in order to be healthy. I also have asked a demon coach to get back into shape. Today before the event I only had banana and salad."

Ah Sheh worked with Dayo Wong Tze Wah on DUNG DUK DUT GUNG. She said that many of his special agent costumes looked horrible. Each time she saw him she would want to "pound" him. She too had many "making faces" expressions. Tang Yueping said that she and Tze Wah would have a kiss scene. Ah Sheh joked that if she paid a lot of money, since she did not get to kiss Tze Wah.

Was Ah Sheh envious of Larine? She revealed, "The story kept changing, I have control over whether I am willing to kiss him or not." She said that Tze Wah really wanted to but she was still considering it. She would only do so if the story absolutely required it. "As the screen writer Tze Wah said that he would arrange for me to try dessert in the film. For now I have no idea what it will be." Speaking of how bad Tze Wah looked, Ah Sheh said that at first she could not help but laugh. Now she is already used to it.
Posted by hktopten at 7:28 PM