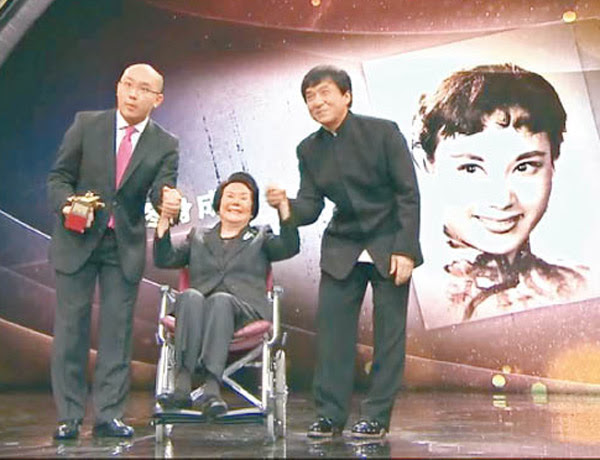 Started in a Chinese opera family, Li Lihua's parents were Beijing opera stars Li Guaifang and Zhang Shaoquan. Thus she was able to become famous opera stars Mu Tiefen and Zhang Eyun. In 1940 at age 16 she shocked the world with her film debut THE THREE SMILES (SAM SIU). Since then with BETWEEN TEARS AND SMILES and STORM OVER THE YANG-TSE RIVER she won the 3rd and the 7th Golden Horse Award Best Actress. Fans called her "Superstar", as her career read like Chinese film history.

Jackie Chan worked with Li Lihua at a very young age. In QIN XIANGLIAN he played hre son. This was a very valuable childhood memory and film experience that he cherished, thus two years ago at the Golden Horse Award Jackie Chan went on one knee to present the award to Li Lihua in a touching scene.
Posted by hktopten at 8:39 PM