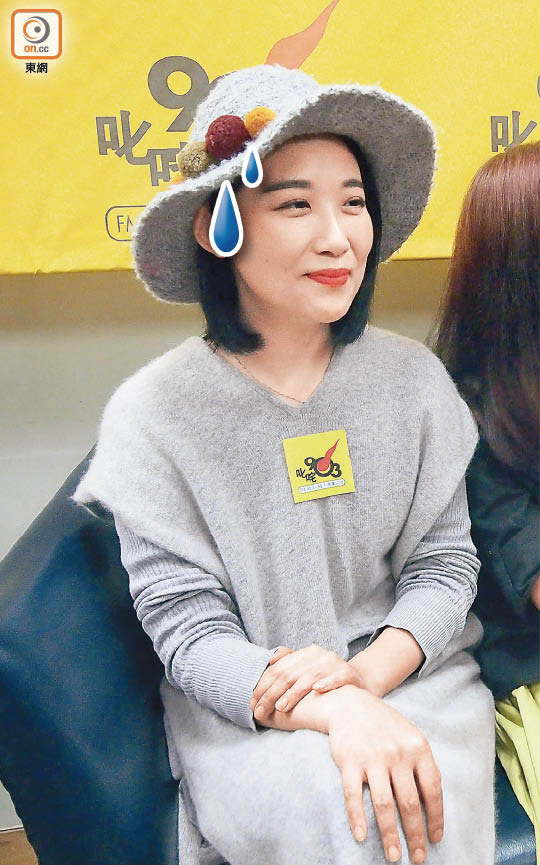 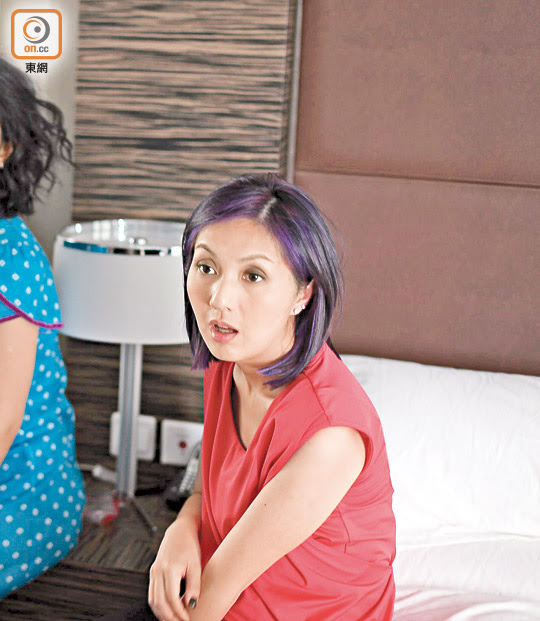 Yesterday this all new girl trio promoted on Commercial Radio. Chin Wa joked that this group name came from director Pang Ho Cheung, the meaning of which was "Mega Karaoke Bxtches" and they would only say to age 48 and disband. Thus they could only sing for a few more years. Will this group go on tour? Chin Wa joked, "It's strong, more powerful than a handgun. So we want to, everyone promote us a little!" Isabel and June said that they would sing LEGEND in the film to try to cheer Chin Wa up, but actually the director already told them to practice the song two years ago and to study Korean girl duo's dance steps. Earlier they kept going to the karaoke box to practice and just finished the music video. Chin Wa laughed and said, "We were very serious. We would find the Hit Music Rookie and Girl Group, the oldest new group and the strongest in history. Together we officially break the century mark. If we win an award we would truly bring glory to our clans!" Isabel on another live Commercial Radio program while speaking of memorable lines from the film quickly blurred out a line with foul language in its original form. Chin Wa chimed in and said, "She is too in character, she only said it because her brain was too direct. When we heard it we screamed, then we lightly continued the interview." Isabel also apologetically said, "I am truly sorry, normally I don't use foul language. I shouldn't be like it on a live broadcast, I am also afraid that the audience would be upset." Commercial Radio so far has not received any complaint and the host also immediately made the correction and apologized to the listeners.
Posted by hktopten at 12:13 PM