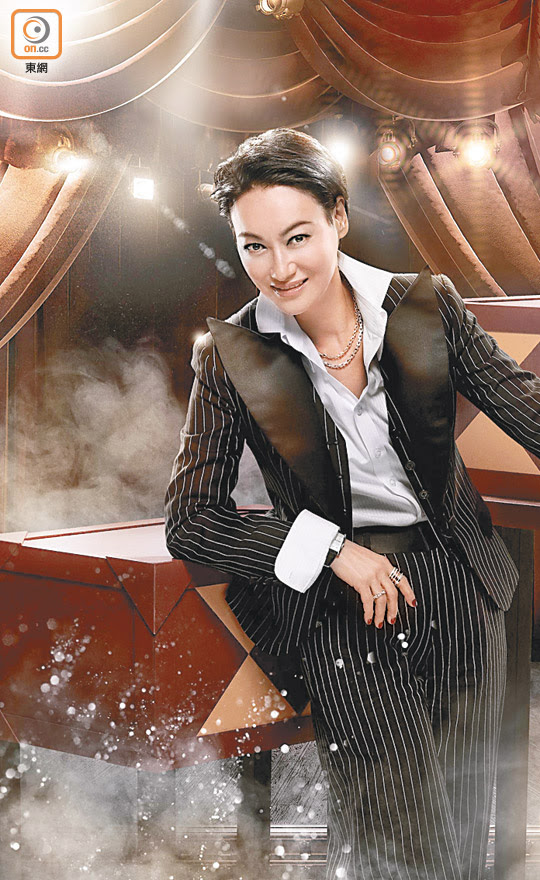 The 36th Hong Kong Film Awards will take place on April 9th. Earlier the Best Actor and Best Actress nominees worked on the program. With Tiffany and Company's accessory, they turned into magician to coordinate with this year's theme of Magic Moment to share the magic moment.

Best Actor nominees Francis Ng Chun Yu, Richie Jen (Yam Yin Chai), Gordon Lam Ka Tung, Shawn Yue Man Lok and Tony Leung Ka Fai. Lam Ka Tung was the favorite as with TRIVISA (SHU DAI JIU FUNG) he has already won two Best Actor awards. He remembered a magic moment with jewelry when he gave it as a gift to his girlfriend. The most magical part was soon after that they broke up. He hoped to deliver what he felt through jewelry, although they have parted he believed that it would become an important memory between them.

Yue Man Lok with MAD WORLD (YUT LIM MO MNG) received his first Hong Kong Film award Best Actor nomination. He said that his memorable moment was when he gave a ring to his mother. Mama Yue is very thrifty and does not want to spend on jewelry. When she received the ring from Lok Jai, her happiness was Lok Jai's most valuable magic moment.

When Yam Yin Chai first got into the business he saved up to buy a diamond chain from Tiffany for himself. He still remembered the sense of satisfaction when he wore it, proving that his hard work and promoting him to continue to fight toward his next goal. Ng Chun Yu said that magicians like actors would have more sense of satisfaction from audience recognition than any award. The nomination to him was already a reward that was beyond what he imagined.

Best Actress nominees Nina Paw Hee Ching, Kara Wai Ying Hung, Zhou Dongyu, Ma Sichun and Tang Wei. Wai Ying Hung thought of an one karat diamond ring from her late mother. At the time she was not rich, her mother sold her own gold to buy the diamond ring for her. She has always kept it safe. When Mama passed away she thought of burying her with the ring, but she was reluctant to part with it. Since it represented Mama's love, HK$ 10 million would not be able to buy it back. Sister Bau said that everyone would encounter their own jade in their lives, as it would bring good luck. Later she did. As for Zhou Dongyu, she joked that she was a mad woman. Because of wonderful jewelry, a mad woman would become a goddess.
Posted by hktopten at 7:39 PM