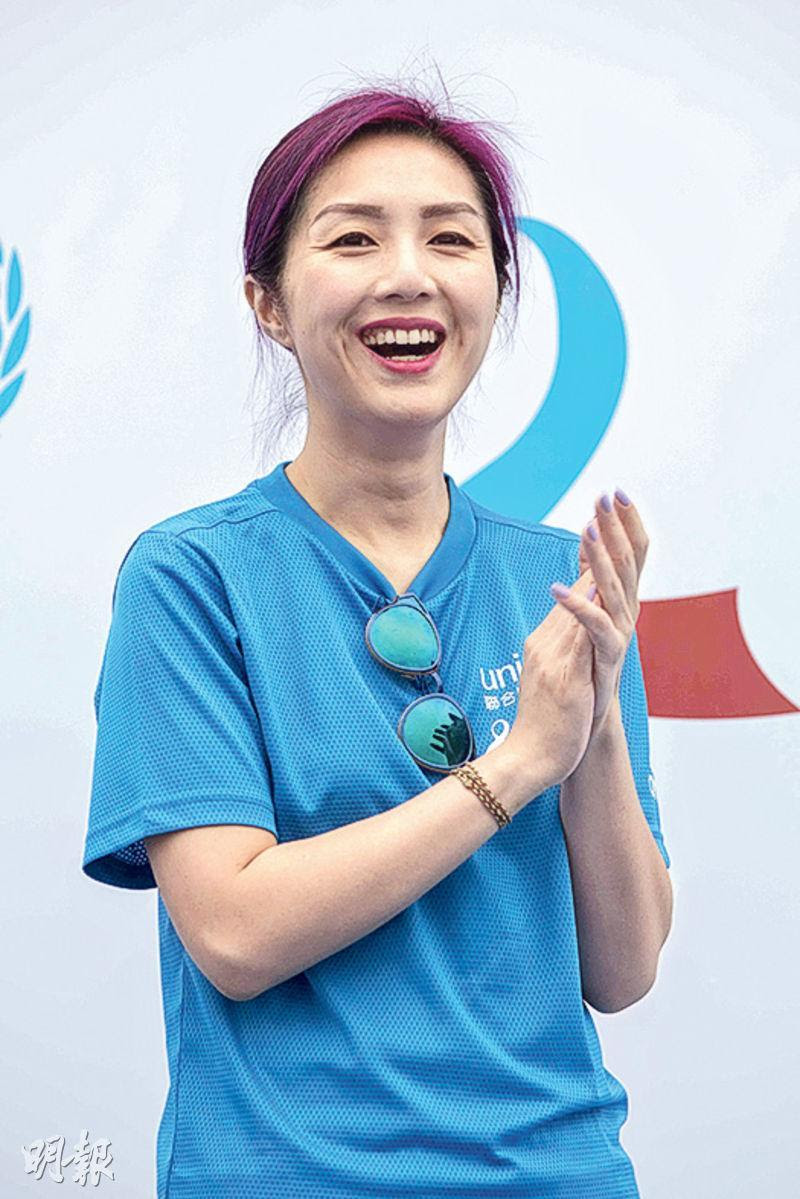 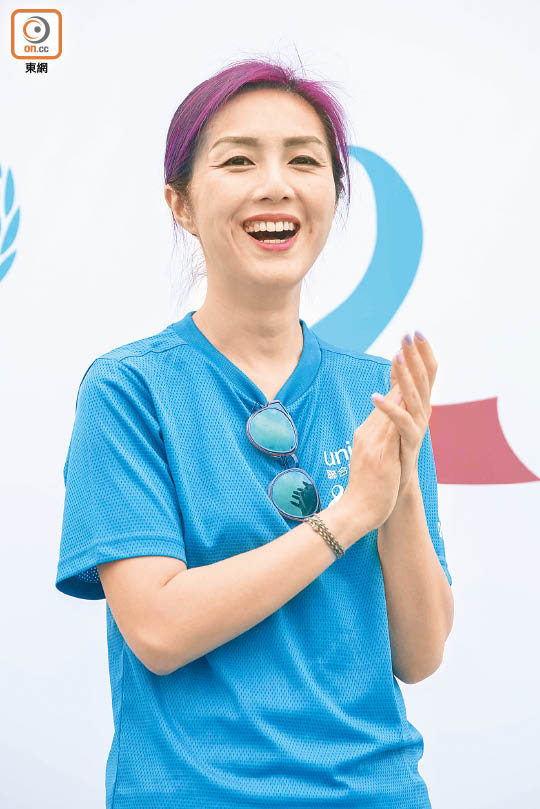 Miriam Yeung Chin Wa and Endy Chow Kwok Yin yesterday morning attended an UNICEF charity run at Disneyland Hong Kong. Chin Wa did not dare to run full force because she was afraid of triggering her asthma. In the end she was not able to finish her goal in her target time. Chin Wa just pretended it was for weight loss as she did not want to be so far that she would be mistaken to have "with child"!

Reportedly Chin, Wa, Edmond Leung Han Man and Eason Chan Yik Shun were interested in making a movie as the "Capital Artist Trio". Chn Wa admitted, "We talked about it when we met. We wanted to release a song, but because of different record companies Eason said that he had to think about it. It's been awhile and we still had no reply. We also wanted to make SAM SING GOO SI (1/3 STORY) to spread positive energy with Hong Kong nostalgia. In it we would do everything up to 1/3 but we took the full pay."
Posted by hktopten at 2:53 PM