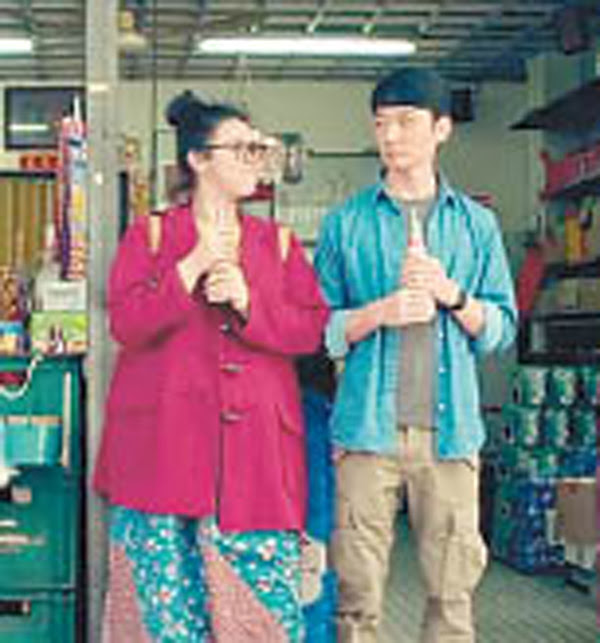 Yun Yi not only had mouth to mouth, puppy love scenes like drinking from a bottle and riding bicycle. Yun Yi even tried to seduce him. Her all out performance was memorable for BabyJohn Choi Hong Yik. "Yun Yi's and my first impression of each other were not good, we felt that the other was very arrogant! I worried whether we could make ths scene. Later director (Kearen) Pang Sau Wai rehearsed with us. In less than ten minutes we were able to break the ice because we were both silly and real. Very quickly we became good friends! After two or three takes we got it! (Was it awkward?) we rehearsed before hand, we absolutely knew what we were doing."
Posted by hktopten at 7:04 PM