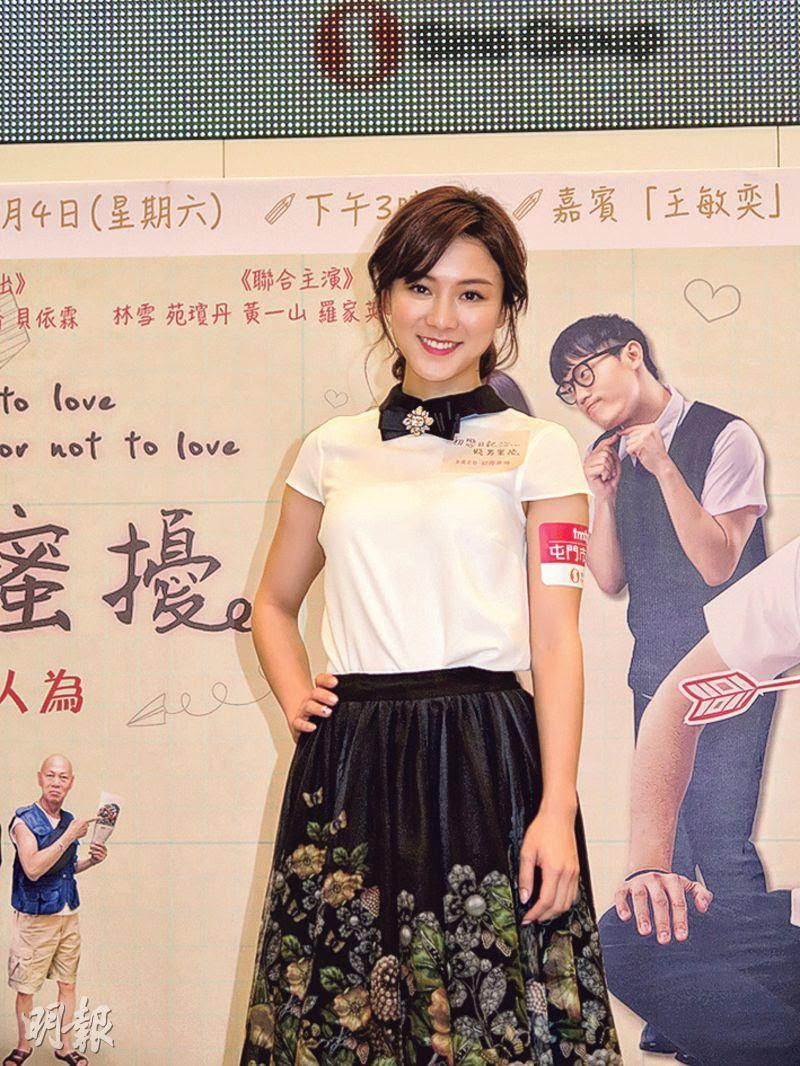 Venus Wong Man Yik and Edward Ma Chi Wai yesterday promoted their new film TO LOVE OR NOT TO LOVE (CHOR LUEN YUT GEI: JIN NAM MUK YAU). Venus said that because her boyfriend Derek Tsang Kwong Cheung was working in the Mainland, he has not had the chance to enjoy her perform. However she hoped that after watching it he would not be too critical of her. At the same time, the event yesterday invited Lee Yun Ting, who cheated on his wife, to be the host. He said that now he is working hard on repairing the relationship with his wife. He did not feel that the movie made fun of him as the "jerk", as he will have to grasp every chance to work.

In the new Wong Man Yik and her co-star had an intimate kiss scene. Was she afraid that her boyfriend would be jealous? She said, "After watching it he will probably feel it wasn't passionate enough. His review doesn't keep in mind who the performer is, as a director he will only focus on how the performance is." Was she afraid that her boyfriend would spare no feeling with his review? Venus said that she was not, instead his review would be very important. "I would accept well meaning criticism. I would also hope that he would tell me in less direct ways. Ultimately I have a fragile soul." As for whether her future father in law Eric Tsang Chi Wai will watch the movie, Venus said that he is very busy as well. She praised Chi Wai for always taking care of the younger generation like them.
Posted by hktopten at 8:26 AM