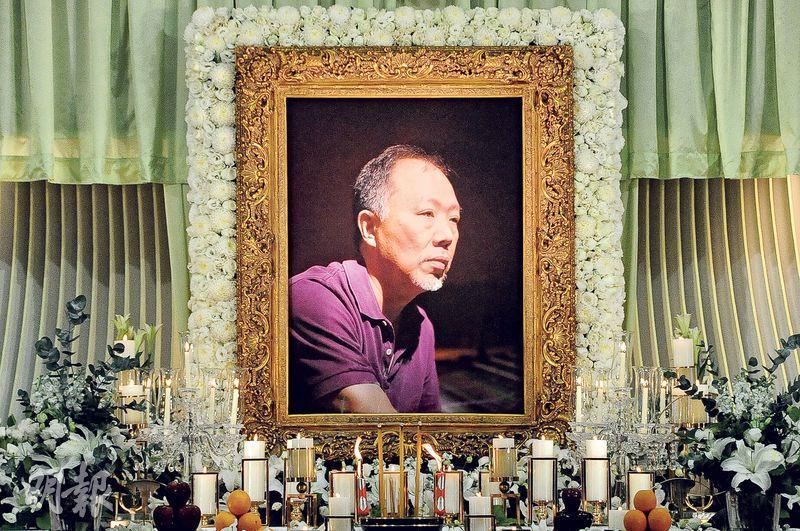 The 8 time Hong Kong Film Award Best Sound Effects winner Kinson Tsang King Cheung earlier this month passed away due to cancer at age 64. Yesterday services began at the Universal Funeral Parlor. The ceremony was Taoist. The funeral would take place tonight as the remains will be transported to Diamond Hill Crematorium for cremation.

Lau Wai Keung said that he and Tsang King Cheung worked together for over 20 years and on many films. He was responsible for defense. "Because post production was usually very rushed, he had a very hard time. He was responsible for supporting the entire post production. Tsang King Cheung would spend the money that he made on new equipment. Very few people have this type of spirit. The return isn't right, but he kept buying new equipment. The film industry thus respected him very much." Was the passing of Tsang King Cheung a huge loss to the film industry? Lau Wai Keung said, "It is a huge loss, he was a very important talent. In sound effects no one as powerful as he was would appear." Lau Wai Keung also revealed that Tsang King Cheung imported many sound effect technicians and had enormous contribution to film sound design.

Cheung Yuen Ting said that the passing of Tsang King Cheung was an irreversible loss, 20 years ago he already imported computer editing and he never cared about money. He would spend 5 to 6 million on equipment. If he spent it on property he would become a land baron. In addition, Peter Chan Ho Sun, Ting Yu, Joe Cheung Tung Cho, Benny Chan Muk Sing, Daneil Lam Siu Ming and Derek Tsang Kwok Cheung paid their respect in person. Tsang Kwok Cheung said that when he started he spent many nights at Tsang King Cheung's post production company and saw how serious he worked. He felt that he was an elder well worth learning from.
Posted by hktopten at 9:49 PM