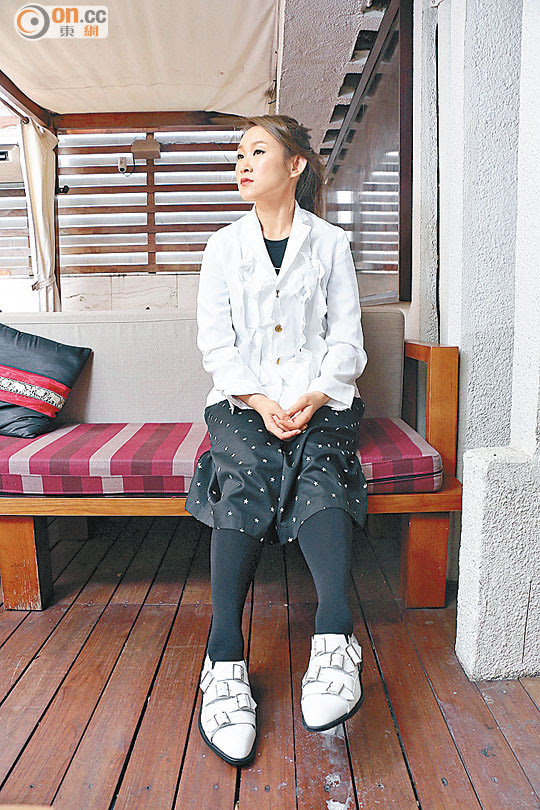 The 34th Hong Kong Film Awards will take place Sunday (the 19th). Ivana Wong Yuen Chi was nominated for Best Supporting Actress, Best New Performer and Best Original Film Song. Her five nominations were certainly unprecedented. A music maker who joined the actor rank halfway, Wong Yuen Chi could thank her parents' family activity when she was a child, watching movies, for subconsciously and silently accumulating her predecessors' achievements so she would be able to learn about the rhythm of being an actor. As for her confidence of a victory, she would rather think bigger. "I have already written my thank you speech".

Wong Yuen Chi with GOLDEN CHICKEN SSS (GUM GAI SSS) was nominated for the Best Supporting Actress, for Best New Performer she even received three nominations with GOLDEN CHICKEN SSS, DELETE MY LOVE (DELET OI YUN) and BREAK UP 100 (FUN SAU 100 CHI). Her BREAK UP 100 theme song DON'T SAY BREAK UP AGAIN was also nominated for Best Original Film Song. Ivana earlier mentioned that just in case she would prepare her thank you speech in advance. She said, "The thank you speech may not necessarily be used on the stage. I think that even if I don't win, I really have a lot of people to thank. So I will post it online."

Wants To Win Best New Performer Award The Most

Ivana also predicted before and after the winners were announced, the television station's split shot of nominees' reactions would be the most difficult role to play in her life. She said, "It's too hard to play because it would be forced expression. The audience would be able to tell. So I wouldn't think about it; maybe I would stare into space then, really not knowing what to do."

From a music family, her childhood family activity though was watching movies. Ivana said, "My entire family really like to watch movies. We watch any and all kinds of movies, specifically comedy is the first choice. Perhaps Daddy and Mommy want to have a family activity. Actually after watching everyone were really very happy." As she grew older, her film genres added cult films, horror, even human nature. Ivana said, "Although I really like movies, I have never imagined myself to be an actor. Ultimately I grew up in a music family. The road of an actor felt very distant."

Ivana very early on set her goal to become a music maker. Her first contact with acting was traced back to the Commercial Radio's Sammy and Kitty Yuen theater. She said, "That time was my first performance, the first time I learned about the dramatic entrance. When I understood acting even more in depth, it probably was when I worked with the Windmill Grass Theater. Director Siu Lung taught me a lot of acting tricks." At the same time she gave credit to her parents' "cultivation" back then. "After watching a lot of comedies you actually pick up many different comedic actors' rhythms. They all had their own ways. Speaking of comedic actor pace, like music you could learn it on a certain level. Yet on another level it was natural. That type of comedic rhythm everyone said off beat, like a beat that was different from other people."

She could learn from watching movies, but Ivana said that she lacked commercial instinct. She had no idea bout the market preference and even said that years ago someone asked her a very interesting question. "I finally understood why someone would ask me whether I was right for show business, that my personality really wasn't right, both my business instinct and angle were zero. Even if I knew I couldn't do it. For example I obviously knew that the market would feel a pair of 6 inch heels with a dress would appear prettier, but when I wore them they were weird."
Posted by hktopten at 2:19 PM