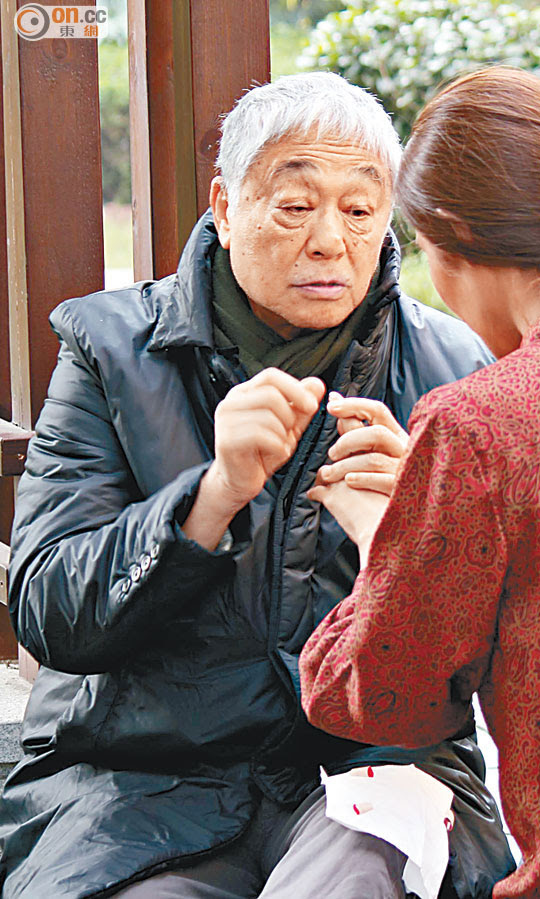 The film was based on a true story. The Tsang Kong played 70 year old father had a relationship with his 20 year old maid, who had an unexpected pregnancy. His daughter who originally was planning to retire almost had a heart attack. In one scene the family at night questioned the true origin of the child. The casual talk touched a nerve with the old father's "self respect of man". Tsang Kong tossed out, "So you are saying that I can't?" He immediately turned over the table and stunned the entire family. Tsang Kong immediately grabbed the powdered milk and left. His wife and daughter felt helpless. Instead the BabyJohn Choi Hong Yik played son of Ah Oi calmly picked up the food off the floor to eat.

On and off camera, Tsang Kong's acting and presence frightened everyone. Even Fung Bo Bo praised, "That scene basically was done in one take. Tsang Kong's acting stunned us, but off camera the team got along harmoniously like a family." Playing a father this time, Tsang Kong joked, "At age 70 I can still play the Old Man, film is just unexpected like this." Rising star BabyJohn also said that this time was a great chance to work with three elders and he has learned a lot from them.
Posted by hktopten at 7:50 PM