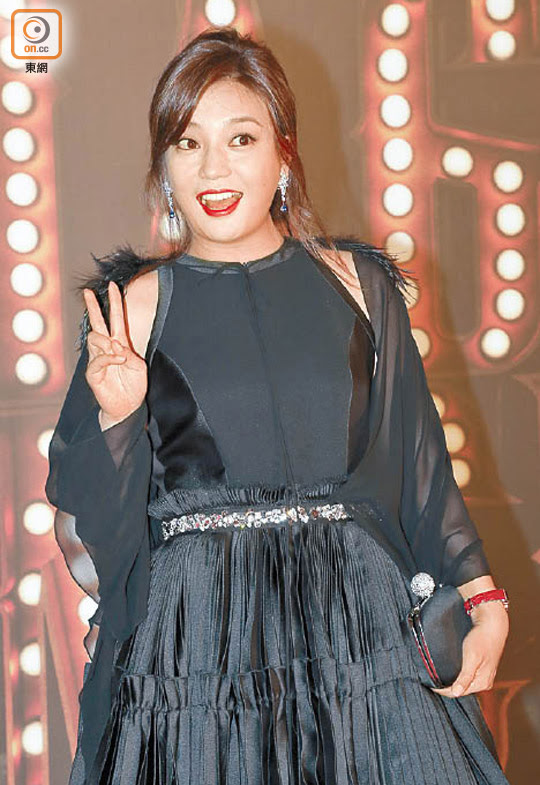 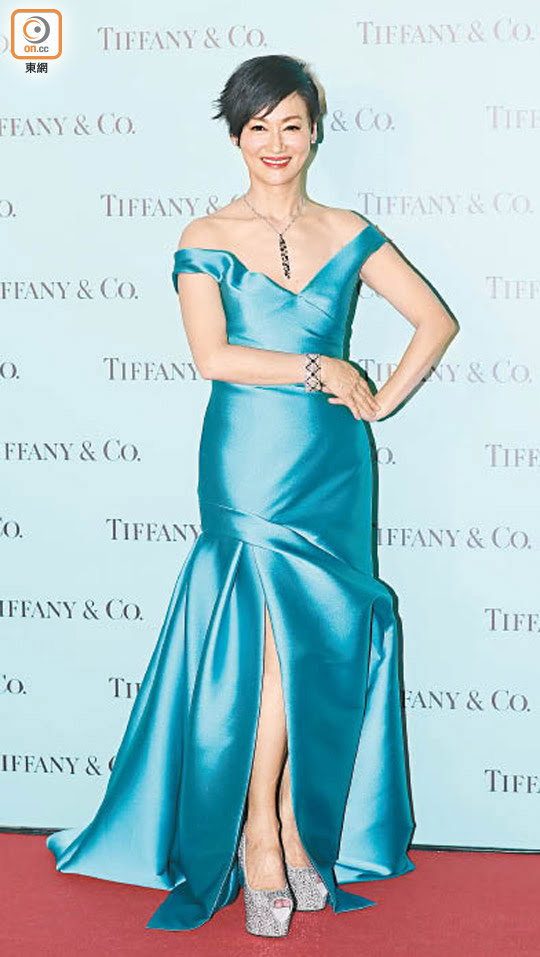 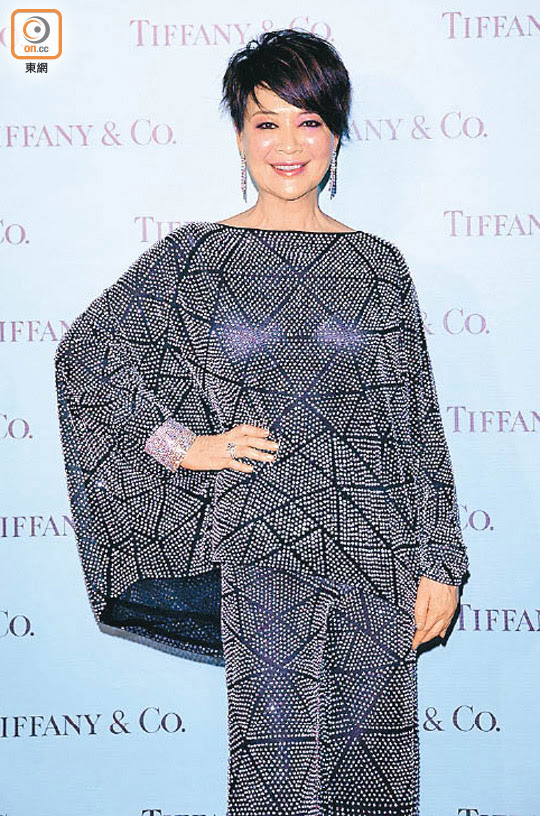 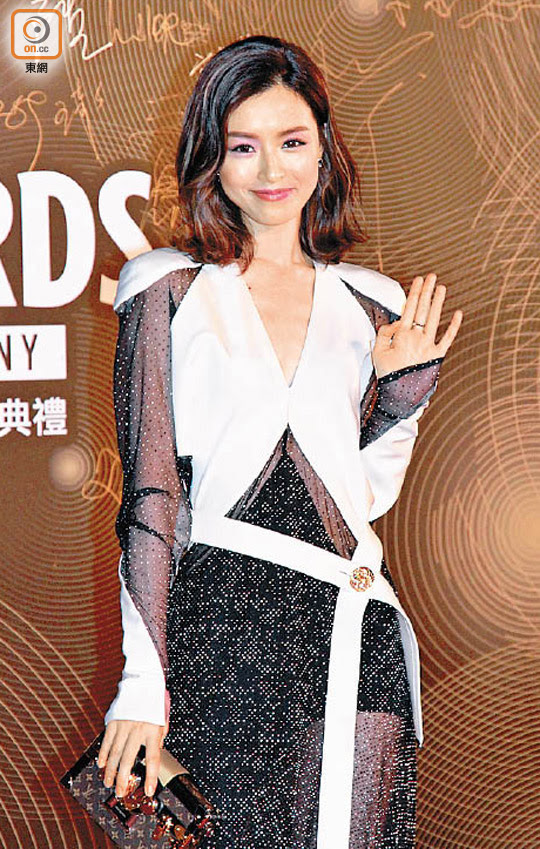 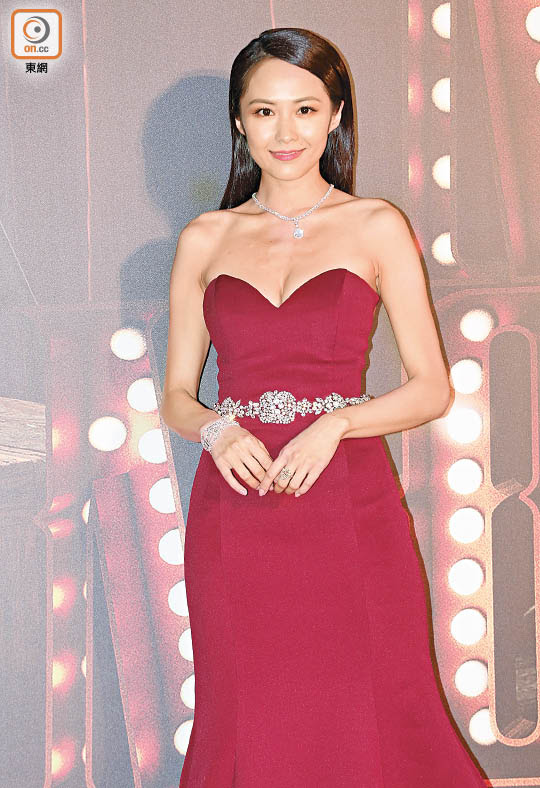 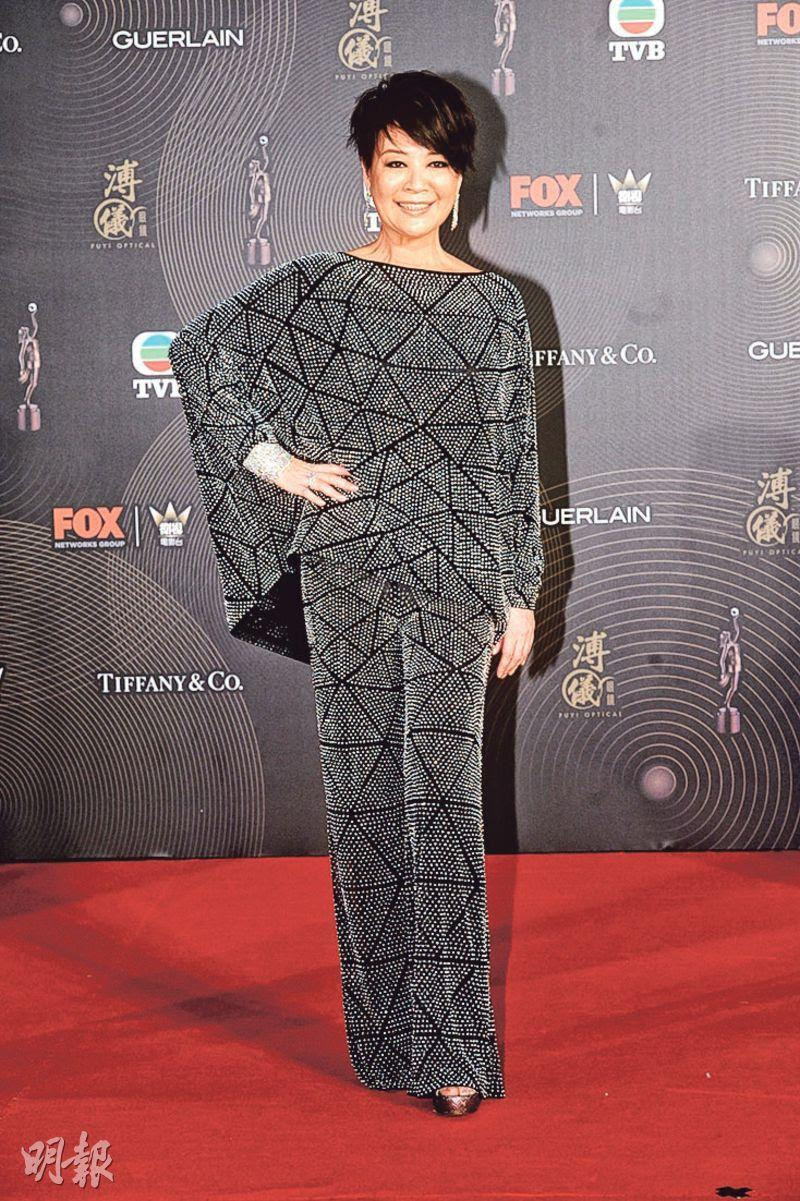 Recent news figures Jackie Chan and Aaron Kwok Fu Sing were guest presenters, but they were "no show" on the red carpet. Zhang Ziyi revealed that she picked the film SOUL MATE because she felt new blood was very important. They performed very well and their potential was beyond any doubt. In addition, she sad that her husband Wang Feng and their daughter did not come, but Wang Feng's daughter came with her. Zhang Ziyi held on to the "China's good stepfather" title. Because earlier Wang Feng's daughter was revealed to be living with her grandmother and not with them, people questioned whether Zhang Ziyi truly loved her.

Chrissie Chau Sau Na and Joyce Cheng Yun Yi arrived together for their film 29+1 and they were just as sexy. Sister Na said, "I didn't get thinner, my top is around the same measurement. However I didn't dare to eat today. I really like this dress but I had to get it altered twice due to the wrong size. Since it is made from leather I can't wear anything underneath, so there is no reason for me to be anti gravity. Otherwise it would be even more exaggerated. I also spent three hours on this look."

Yun Yi covered her chest with her hair. She said, "The image designer found this dress for me. I want to add more youthful presence. The dress is very safe, I can run and dance in it. This time is my first official Hong Kong Film Award, I am very happy to see so many stars but I don't dare to get their pictures. (Who would you like to take a photo with the most?) Lam Ka Tung, Ng Man Tat, Liu Kai Chi. (You don't choose Young Fresh Meat?) Only having experience is masculine." Yun Yi was happy to see that singers James Ng Yip Kwan and Charmaine Fong Ho Man were nominated, she said that they successfully crossed over.

Miriam Yeung Chin Wa wore seven inch heels and also tripped on the stairs. She was also very clumsy during photo opportunities. Chin Wa then lifted up her dress to show everyone her seven inch heels were the culprit. In addition Chin Wa wore around HK$ 11 million worth of accessory. She said, "With the shoes and the jewelry, the center of my gravity is leaning forward. I have to walk carefully." She said that personally she had few diamond jewelry and joked that her testosterone was very strong. She collected her son's baby hair, foot print, umbilical cord, all of which she felt were more important than diamonds. She joked, "For my son's wedding banquet in the future they would be very useful, I would have 'enough material' to show the guests and let my future daughter in law how much I love my son, hint for her to take care of my son for me. Otherwise she would get it."

Eric Tsang Chi Wai and his son Derek Tsang Kwok Cheung were both nominated. Chi Wai said, "I hope both would win, if successfully the celebration later is on me." As for his friend Jackie Chan's recent news, Chi Wai said about Elaine Ng Yi Lei's daughter calling the police on her, "I just came back from Europe. I don't know, it's a family matter. (Has Jackie Chan complained about it?) We didn't talk about that. (Mrs. Charles Heung Wa Keung said that Jackie Chan was extorted?) Wow, that's so serious, I can't answer that." Speaking of Shirley Kwan Suk Yi, Chi Wai said, "Your questions are so sharp that I can't answer any of them. Why are my friend in trouble one after another, it's a MAD WORLD after all. (Kwan Suk Yi would perform tonight.) That's good. (Did you arrange for that?) Of course not, I just got back. Later when I see her I would talk with her to learn more." Tsang Kwok Cheung and Venus Wong Yik Man took the red carpet in black and white like a newlywed couple.

The red carpet best dressed judges Simon Yam Tat Wa and his wife Qi Qi were dressed in a pink suit and blue and white dress respectively. Qi Qi revealed that her judging standard would be cool, pretty and trendy. Brother Wa had a little fun at the Oscars' expense. "We won't have any difference of opinion unlike Hollywood, we are fair and just." Qi Qi said that she and her husband have always had uniform taste, so they would not choose on their own. Instead they would discuss their choices.

Jennifer Yu Heung Yi was nominated for the Best New Performer. She has almost completely healed from her earlier traffic accident injuries. She said, "However during make up I realized that the bridge of my nose stuck out a little and was red. I had to cover up with make up, but for I wouldn't be able to appear on camera without make up. (Would you have plastic surgery?) A friend joked that on the first day of the injury I should have had work done, but I don't think I need to. Now instead it's a mental issue. Once on a taxi I saw the driver cut the lane or got sleep I would be afraid. (How about driving yourself?) I would be even more scared!"

Dada Chan Jing, Susan Shaw Yam Yam and Andrew Lam Man Chung walked the red carpet together. Lam Man Chung kept pranking Chan Jing, leaning on her shoulder and pulling at her dress. Chan Jing could not hold back her laughter and kept laughing. Chan Jing said, "I have already taken all the safety precaution! However, I never expected today to be so hot, In long sleeves I am sweating all over, if I knew I would have worn less."

On the red carpet Kate Yeung Kei almost tripped, luckily Gregory Wong Chung Hiu held on to her; Jessie Li (Chun Xia) slipped a little but luckily was fine as she smiled with embarrassment.

Fred Cheng Chun Won's old flame Lesley Chiang Lai Man last night with her brother Benji Chiang Man Kit walked the red carpet with their BOOK OF LOVE Best Supporting actor nominee father Paul Chun Pui. Chun Pui said that he was very happy that the whole family was able to walk the red carpet together. "Before coming, now and later I am very happy." Chun Pui also said that he was jetlag from just returning from Canada. When he could not sleep he could be awake with a smile. When asked about Cheng Chun Won's cheating, Chun Pui said, "Thank you, thank you, I don't watch that, I only watch Hong Kong Film Award news."

Cheng Chun Won said that he never cheated on Chiang Lai Man. She only smiled. Chun Pui immediately handed the microphone back to the reporter and stopped the interview. "That's enough, do you want us to be happy?" Chiang Man Kit earlier posted a photo to parody a "dog couple" online. He only said thank you when asked about it and did not respond.
Posted by hktopten at 2:48 PM