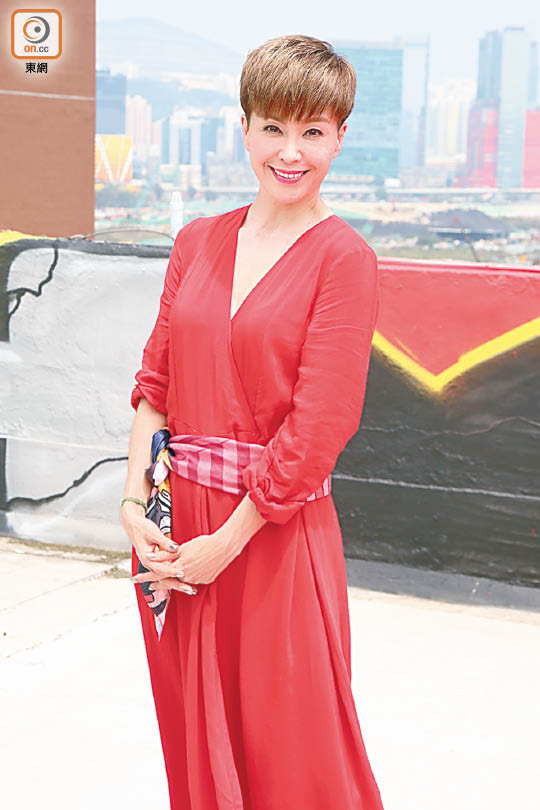 Speaking of Lady Ng's previous film with Alan Tam Wing Lun FOOLING AROUND JIANG HU (GONG WU BEI KET) becoming a box office bomb, she said that not every one would be a hit. Actually as long as the script was good, she would support new comers and domestic productions. Yesterday Cable's license was suspended and was rumored to be closing due to a lack of funding, Lady Ng has performed for Cable. She said that she has not heard the latest news so she would not answer. Of course she felt that would be regrettable and hoped that it was not true, as she would always hope Hong Kong would have even more television stations for viewers to have even more choices.

Yu Heung Yi played a "fake HK woman" as she kept taking in guys to give her money in order to take care of her grandmother, but in reality she has never raised a troop. She said, "I don't think I am too ugly, I have had a few suitors!" She also sad that her current boyfriend Carlos Chan Ka Lok has brought her an expensive ring for their anniversary. At first she was afraid to put it on, now after wearing it even the few scratches made her heart ache.

Chan Yuen Hung played the mistress of Lady Ng's husband, but she did not need to be too sexy. At most she would wear shorts. However she kept eating on several trips before, with summer on the way she would have to actively lose weight before daring to wear swimsuit in the public.
Posted by hktopten at 3:39 PM