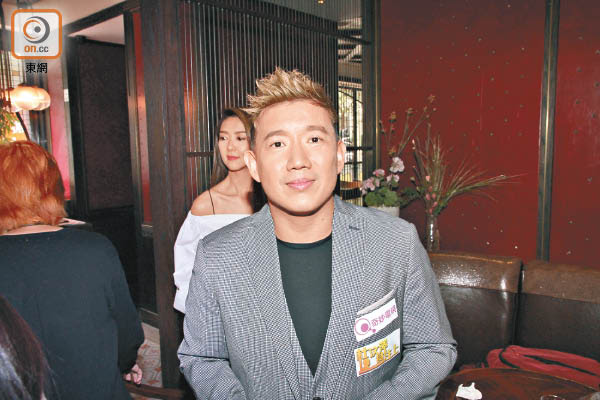 Eric Tsang Chi Wai won the Best Supporting Actor Hong Kong Film Award, but he said to Philip Keung Ho Man, "I see your 26 with my 1 (movie) and led to controversy. Even whether he deserved to win came into question. Yesterday Chi Wai apologized. He stressed that he did not mean to demean anyone at all. He only misspoke, he said what he said to Hak Jai out of encouragement and support.

On the eve of his 64th birthday last night, Chi Wai attended a temple reconstruction charity dinner. Other guests included Wu Fung, Pak Yan, Donna Chu Kit Yi and others. Chi Wai said that this year he and fellow birthday girl Wong Hung Sau would have a party at the Happy Valley Jockey Club. He happily said, "I haven't celebrated with Sau Goo for years. Last time after winning a horse race I didn't have time to take everyone to dinner. This time I can treat everyone all at once with the birthday."

Speaking of his Hong Kong Film Award "1 against your 26" storm, Chi Wai honestly said, "I have to apologize. Actually at the time I wanted to say "one for your 26", meaning that Hak Jai would be next. He wanted to encourage him the most. I don't know why I said one beat your 26. If people misunderstood what I said, I have to apologize. I have always encouraged Hak Jai, earlier when I saw him I said that he would be next. Earlier at the Golden Horse Award I asked film critics and learned that this year they would support the younger generation, so I knew I would lose. If the Hong Kong Film Award has a similar message, the four of us old man would lose. In the end I didn't say what I said to demean anyone. I said it in a hurry and led to a misunderstand, I have to say I am sorry. (Do you feel you deserve the award?) Each jury has its different viewers, someone would always vote for other people. Some people would like a movie and others wouldn't. I don't mind at all."
Posted by hktopten at 6:30 PM