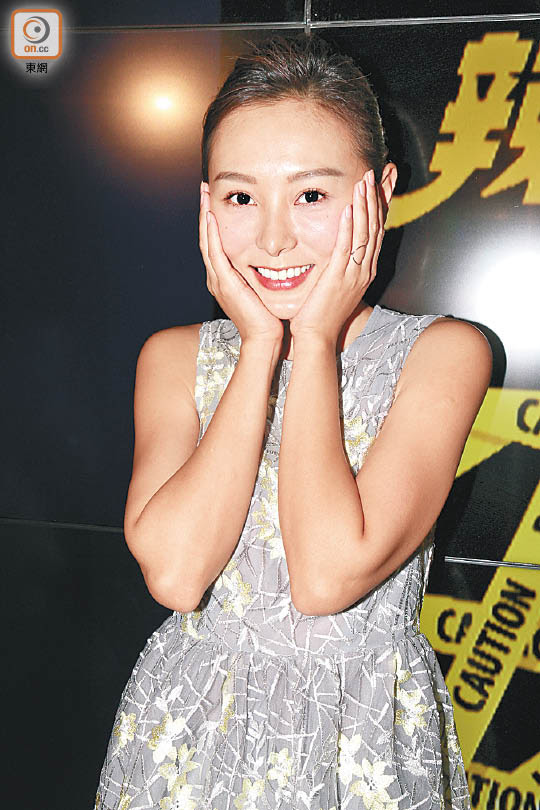 SPECIAL FEMALE FORCE 2 (LAT GAING BA WONG FA 2) yesterday held a press conference with comic book creator Lau Wan Kit's 2017 line up and the Paul Wong Koon Chung led Rock music festival. Jeana Ho Pui Yu, Jade Leung Jung and Hidy Yu Hiu Tung revealed that the entire SPECIAL FEMALE FORCE 2 film will be shot in Macau and would have more fights than its predecessor. Jeana would also challenge her physical limits as she suggested to the director for her to bungee jump off the Macau Observation Tower then dive. She was not afraid that her director boyfriend Philip Yung Tsz Kwong would worry because she wanted to challenge herself too much. Jeana's contract with Stephen Shiu Jr.'s 3D Digital Entertainment ended recently. She was in negotiation with other film companies and managers. Next month she will have news to announce. She felt like she was moving to another place for new attempts and new development. She will focus on film. Her boyfriend was a film fanatic as well so he was just as important.

Leung Jung said that the second installment will have even more fights than the first, as well as car chases and explosion scenes. She was once injured from an explosion scene, which she admitted that she was still scarred from it. Whenever she heard explosions she would shake a little. However the on the set safety precautions are better than before, so she would not be too worried.
Posted by hktopten at 3:18 PM