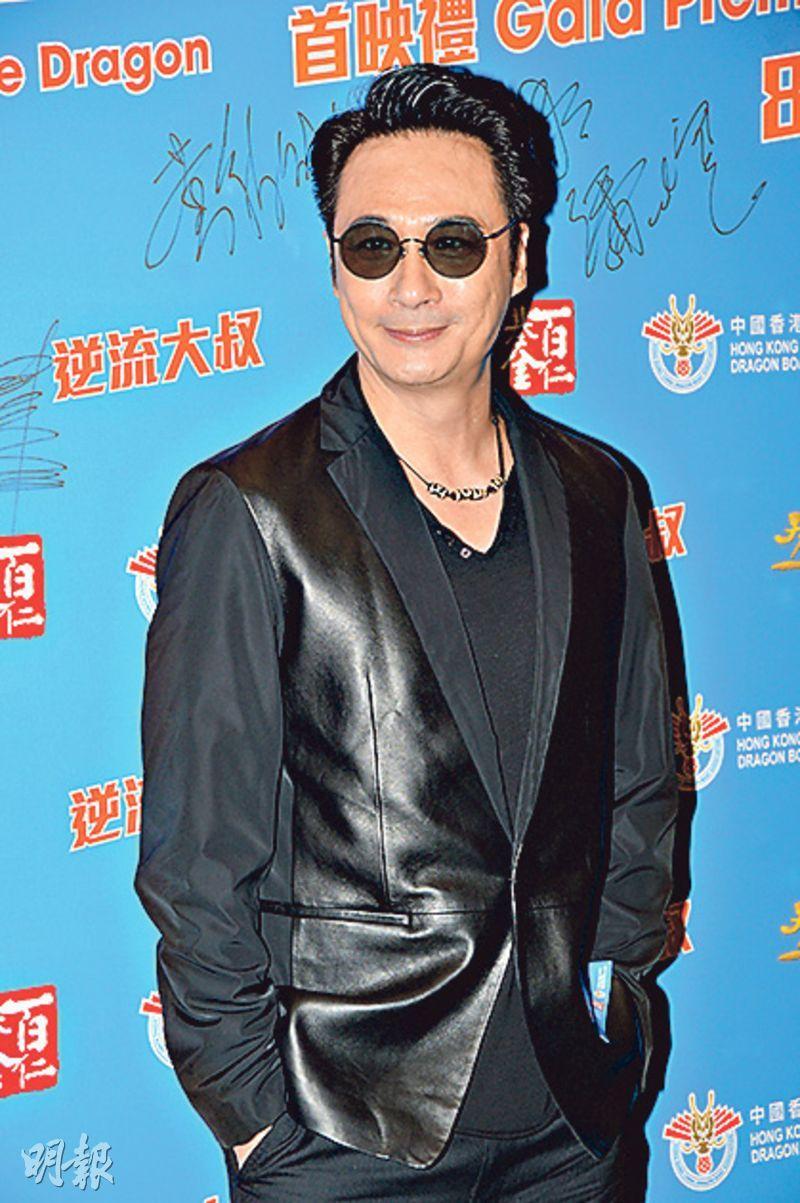 Francis Ng Chun Yu two nights ago attended the film MEN ON THE DRAGON (YIK LAU DAI SHOOK) premiere. Actually for his movies he experienced the "fat man quartet", gaining 8 to 10 kilograms. However being able to eat all he wanted truly was a pleasure. He even revealed that Louis Koo Tin Lok might not look fat, but was almost 80 kilograms. Goo Jai was heavier than him!

Ng Chun Yu was the film's executive producer and lead actor. He supported this film by taking no salary. Two nights ago he and other actors Poon Chan Leung, Ken Wong Tak Bun, Tony Wu Tsz Tung and Jennifer Yu Heung Yi performed a drum ceremony to wish success for the film. Chun Yu's wife and son attended in support.

Watching the film for the first time that night, Chun Yu learned that the film had decen word of mouth from advanced screenings. "My son Feynman will come later to see how fat Papa is. Earlier I went through the 'fat man quartet' during the film productions, I had to gain weight for THE TRADING FLOOR, THE LEAKER (SIT MUK JEH), MEN IN THE DRAGON and A HOME WITH A VIEW (GA WO MAN SI GAING). I gained 8 to 10 kilograms, the peak was 74 kilograms. I couldn't reach 80 kilograms, I wouldn't be able to move. Don't let how thin Koo Tin Lok looks fool you, he is 80 kilograms and heavier than me."

Now Chun Yu has already returned to normal shape. He said, "This is my original, healthy shape, earlier I gained weight for the characters. (Would you gain weight for another role?) I would depend on me, but the weight gain quartet was pretty pleasant. I had pork liver soup for breakfast, I also had pan fried sticky rice chicken, which was warm and perfect for the winter. After the shoot I gradually ran and exercised to lose weight, I lost 8 kilograms in a month. (Was dieting the hardest?) I really like to eat, and I eat a lot. In the afternoon I would have bubble tea, at night after dinner I would have a can of beer to feel full. However I would exercise more, so I told my son if he likes to eat then he has to exercise more."

Yu Heung Yi earlier at the New York Asian Film Festival already caught a glimpse of the film. Wu Tsz Tung deliberately skipped the film at many audience appreciation events to save it for the premiere. Yu Heung Yi said, "I saw the great audience reaction and how tan I got in the film. Unfortunately no whitening product has asked me to be a spokesperson. I love to dive and water ski, so I would continue to be tan. I would head toward Koo Tin Lok's skin tone, which feels even healthier."

With a tan Wu Tsz Tung revealed, "Earlier I went to the beach with my family and got a tan. My body is even darker. Because I only put sunblock on my face, it is in a drastically different tone than the body. However a tan can make the curves stand out more. (Does your girlfriend Stephanie Au Hoi Shun like it?) She doesn't think it's a problem." Yu Heung Yi said that Wu Tsz Tung in the film was often naked to show off his muscles. Wu Tsz Tung explained, "The director is the one who always wants to keep clothes off me, but he doesn't want me to strip. I wouldn't feel embarrassed, I am always naked at home. As long as the story requires it it's no problem."
Posted by hktopten at 3:15 AM