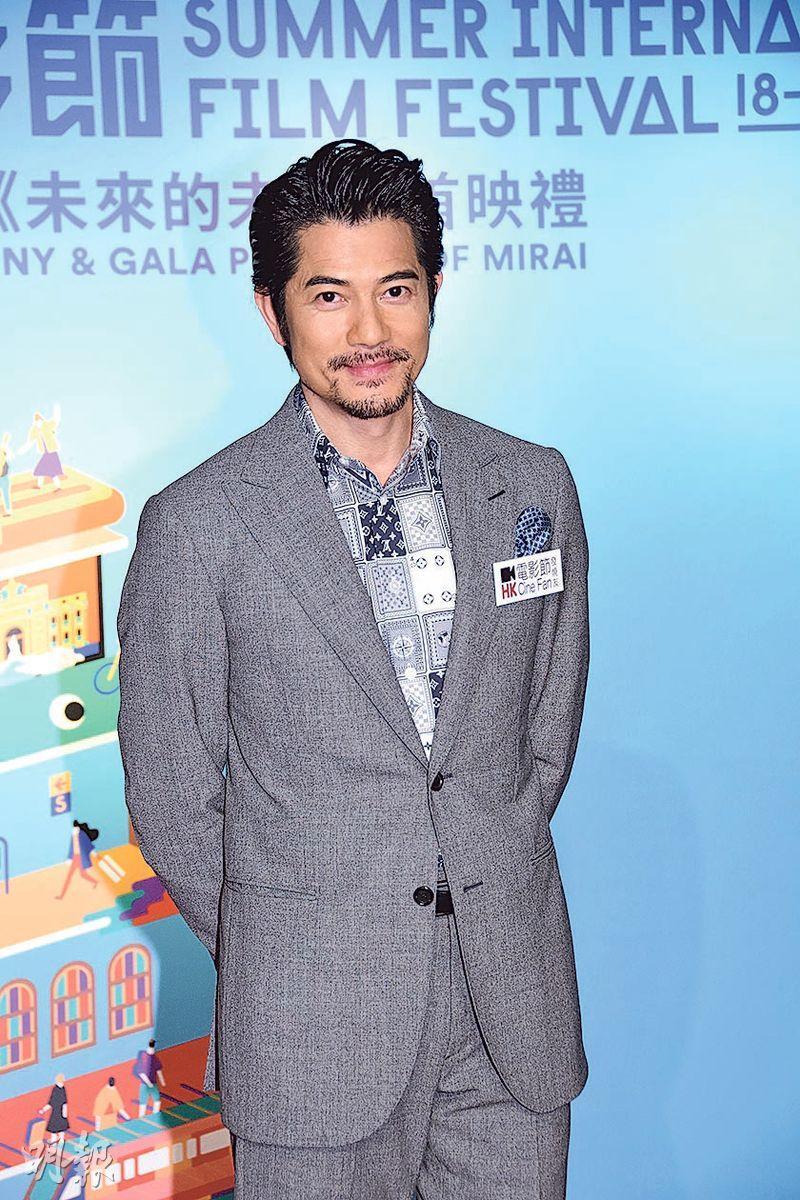 This year the event chose the Japanese animation master Mamoru Hosoda directed MIRAI OF THE FUTURE to be the opening film. The closing film is the Cannes Film Festival Best Screenplay award winning, Alice Rohrwacher directed HAPPY AS LAZZARO.

Sing Sing last night appeared with facial hair. He revealed that lately he has been focused on the production on MUK LO YUN. The character would be different from his past ones, looking a little weathered between good and evil. This time he mainly wanted to support Hong Kong domestic production and help a new director. The film would be shot entirely in Hong Kong, which was additional joy for him as he would have more time to take care of his family. Sing Sing said that because this time the character was more serious, at work someone on the set would often ask him, "What are you thinking about?" Even when he got home his family would ask him, "What are you thinking about?" Sing Sing said that when he was working on a movie he wanted to stay in character. The character was very poor, because he had to making a living he had to lose weight for the performance. Even on the set I tried not to eat, I stayed hungry to stay in character during the shoot. "So every night after work I have to eat, if I don't eat I would be very upset. Now I can only find joy from eating. Although the shoot has been very tough, I rather enjoy that performance process!" Sing Sing revealed that this time the lead actress would be Miriam Yeung Chin Wa. The film also invited many actors to guest stars, as everyone were willing to participate and support in domestic production.

As his daughter grows, would he prepare to take her to see an animated film? Sing Sing said that as a father he would look for information and learn more, because aside from making movies and work, he also has to learn in life. After having a family in particular, he had to learn to take care of the next generation and his family. So he would watch everything and learn everything. He would try to widen his range a little.

His daughter will turn 1 in September. Sing Sing said that he would celebrate this important day with her. He has already applied for time off with the company so he would have ample time to celebrate with his family. Has his daughter learned to call him yet? Sing Sing said, "Not yet, but now she has already started to babytalk and her baby teeth have come in. Sometimes she would touch my beard. Earlier when I dyed it white she was afraid. Now it is black again it is familiar to her again, the scent of Papa has returned. She is always touching my beard and my mouth!"

Speaking of someone impersonating him online, Sing Sing replied that because in November he would prepare for his world tour someone stole his photos and opened an account that was closed to his to falsify concert ticket sales. His company has already urged fans not to be fooled as tickets would only be available through the company and the organizers. Sing Sing said, "Luckily it was discovered early and no fan has been fooled. With all the ways to swindle people now, everyone should stay alert!"
Posted by hktopten at 1:53 PM