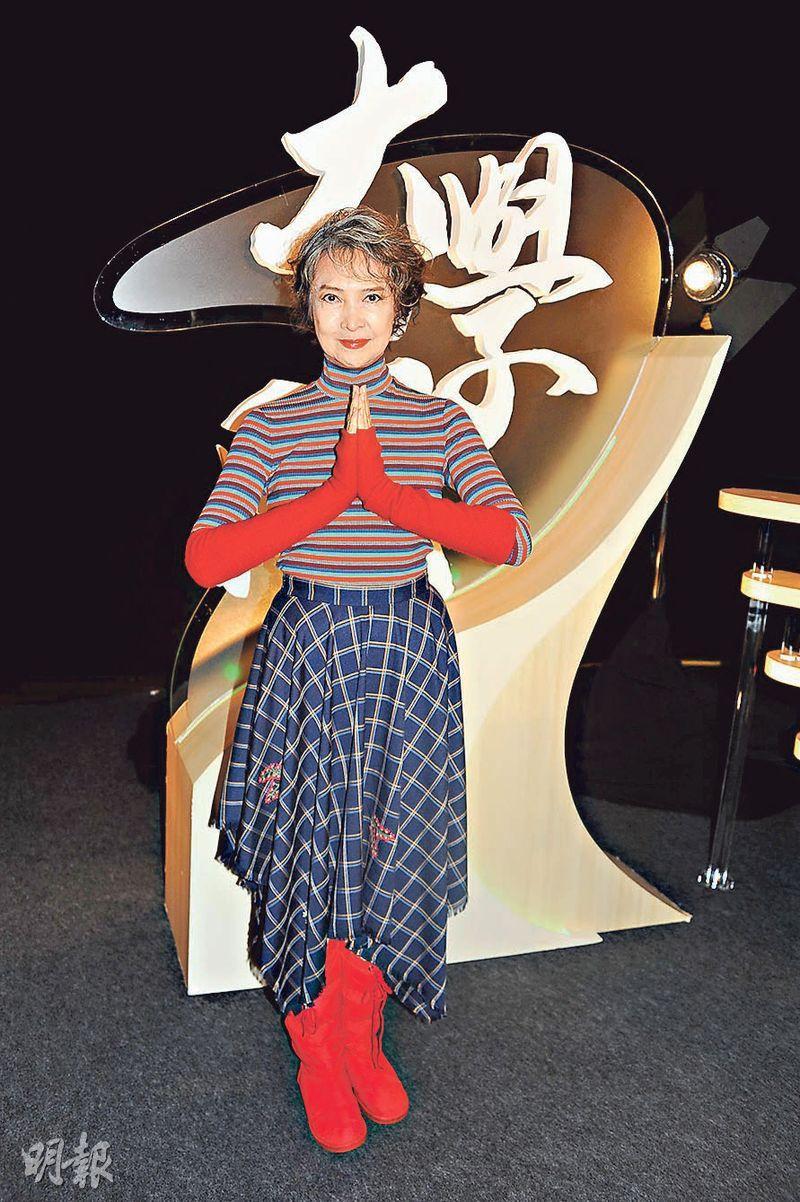 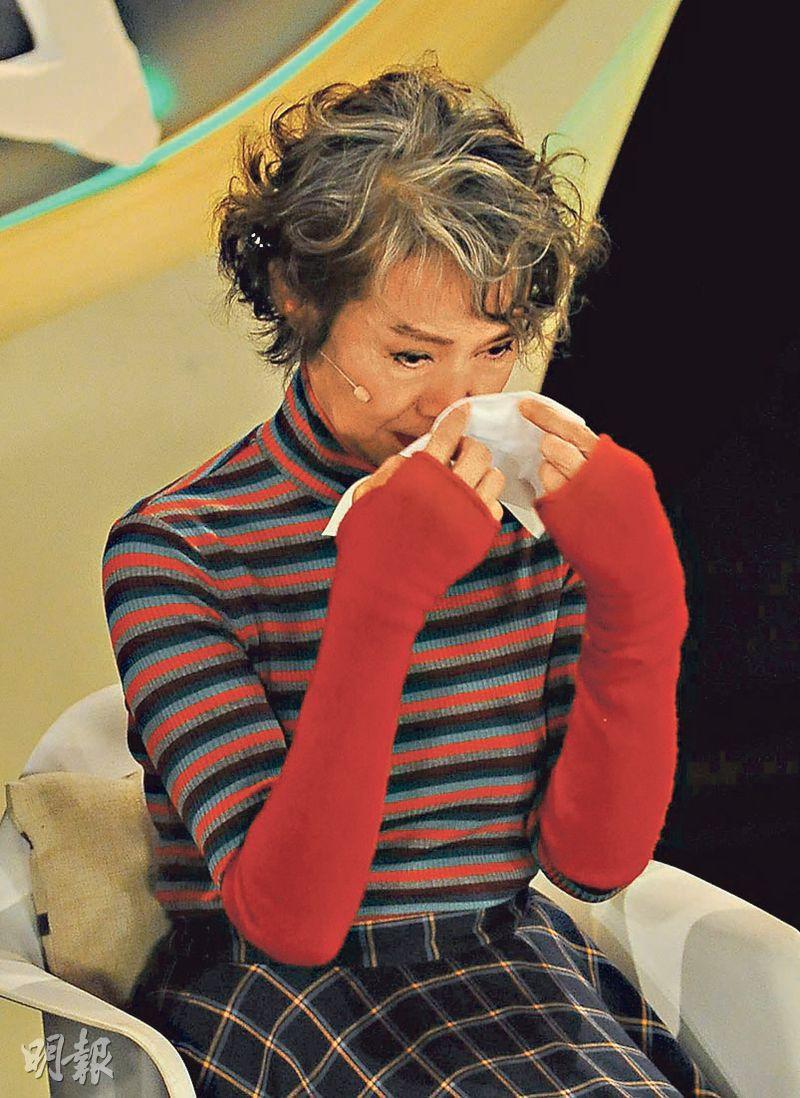 Best Actress Josephine Siao Fong Fong two nights ago was a guest for a Hong Kong University Radio Hong Kong program and spoke about her child star show business beginning at age 6, going to study in the U.S. at the height of her career then returning to Hong Kong film industry and founding the End Children Sexual Abuse Foundation. Sister Fong Fong revealed that while studying in the U.S. she had quite a rich love life, in three years she was engaged twice to a Chinese and a foreigner. In her film career, Sister Fong Fong remembered working with Stephen Chow Sing Chi on FIST OF FURY 1991 (JING MO MOON 1991). She lamented that Chow Sing Chi was able to make a cinema shake with laughter and understood the effort and concentration he put into his films. Thus each time at work she was willing to wait for him for a hour.

Sister Fong Fong has always suffered ear ailments. Now she could only hear waterfalls, piling and 100 cicadas chirping. This was her first talk show after losing her hearing. The event arranged for closed captioning for her to read the questions. Sister Fong Fong also showed her humorous side without losing her elegance. Students on hand also had a lot of fun as they applauded and laughed throughout.

Sister Fong Fong talked about anything and everything. Since childhood she was already very eager to learn, but her dream of studying overseas shattered three times; then at age 15, she went to perform in Singapore with her mother for tuition but still was unable to raise enough. After twice her heart was already broken. "At the time only three people encouraged me, but I broke up with my first love!" Sister Fong Fong at age 22 for the third time gave up acting and successfully went to study in the U.S., but then she received a call from her mother that she was swindled in business and had to send back her tuition. "I watched my dream that was only one step away shattered right in front of me!" Luckily at the time a famous Chinese opera elder in Chinatown, Uncle Eight Tam Bing Yung helped her and paid her tuition to fulfill her dream. When Sister Fong Fong mentioned this benefactor, she could not hold back her tears.

Mother Siao was able to send her daughter to study overseas, Sister Fong Fong said that it was completely because of her mother's trust. Yet before boarding she still said that when American kids went out, mommy would give away condoms at the door. "Elders were more conservative, she meant to tell me not to mess around over there, not to lose my virginity, not to even think about it." Yet Sister Fong Fong revealed that she tried rugs with classmates but she did not have any reaction at all. While studying in the U.S., her love life was also very rich. In three years she was engaged twice to a Chinese and a foreigner, but in the end they broke up. She said, "Both times ended love and resurrected life!"

Sister Fong Fong's favorite film in her acting career was THE WINDOW, but she said that this was not her representative work because she still has not made it yet. She would have to cure her hearing then she would make movies again. She played a blind person in THE WINDOW and had many scenes with Patrick Tse Yin. Sister Fong Fong later did a lot of comedy work. She admitted that since childhood she made too many crying scenes at the studio and was not too happy. Comedy was happy and fun. Her "Plain Jane" was a classic. Sister Fong Fong joked that now she has become "Plain Old Jane", but when she created the look she just saw a bowl cut wig and thick glasses on the street and bought them. She had a pair of jeans and asked costume for an large sized shirt. She did not expect to get Leung Sing Bo's shirt. She said, "Uncle Bo was blessing me from Heaven to do comedy!" Speaking of working with Chow Sing Chi on FIST OF FURY 1991, Sister Fong Fong said that in the film when she pushed him into the water then used foul language, she thought she would get the laughs. Yet no one laughed until Chow Sing Chi hit the water. Then the cinema rocked with laughter. She also understood the effort and the attention he put into acting. "Thus each time when we got picked up for work, I was willing to wait for him for a hour in the car. However he was very gracious with me too."

Sister Fong Fong's End Child Sexual Abuse Foundation has already been established for 20 years. She learned to be humble from it. Once she asked people to donate money for meals and teas but everyone neglected her. When she got home she cried. Later a friend comforted her and said that she was not the one in need of money. She was just helping others. Sister Fong Fong however still felt that child protection laws in Hong Kong were still very far behind those of England and hoped that the government would amend current laws. What could young people learn from her? Sister Fong Fong humorously said, "You can lose your head, you can bleed, but you can't accumulate any fat around your waist!"

The program also conducted a general survey. Students recognized Sister Fong Fong the most for being a Best Actress then for the End Child Sexual Abuse Foundation. Sister Fong Fong said, "What would you need to know I am a Best Actress for? It seems I would have to promote the Foundation more!" Students asked Sister Fong Fong why she still insisted on this job despite all the difficulties she kept running into? She joked that she was still asking herself that. Originally she wanted to get her bachelor's degree in the U.S. but her mother was in poor health. She had to make money first so she kept going. Then after less than two months of marriage she was in divorce, so she went back to acting.

Sister Fong Fong said that she expected to reveal some secrets. When asked if her first love was Tse Yin? She humorously said, "I can't answer that, you can guess, just write anything!" Speaking of her tears while talking about Uncle Eight Tam Bing Yung, Sister Fong Fong said that he was a famous Cantonese opera actor. He was a generation before Sister Yam and Sister Sin. In Chinatown he was very powerful and respected. Back then she was lucky enough to have him pay her tuition and protect her. When she performed there the mob removed all of the photos, as soon as Uncle Eight appeared the next day all the photos returned to their original locations. This was Sister Fong Fong's first interview after losing her hearing. She admitted that it was very stressful and she would not do it again, but the live reaction was great. Would she consider performing a talk show? She turned it down without even thinking about it because it would truly be too tiring.
Posted by hktopten at 8:35 PM