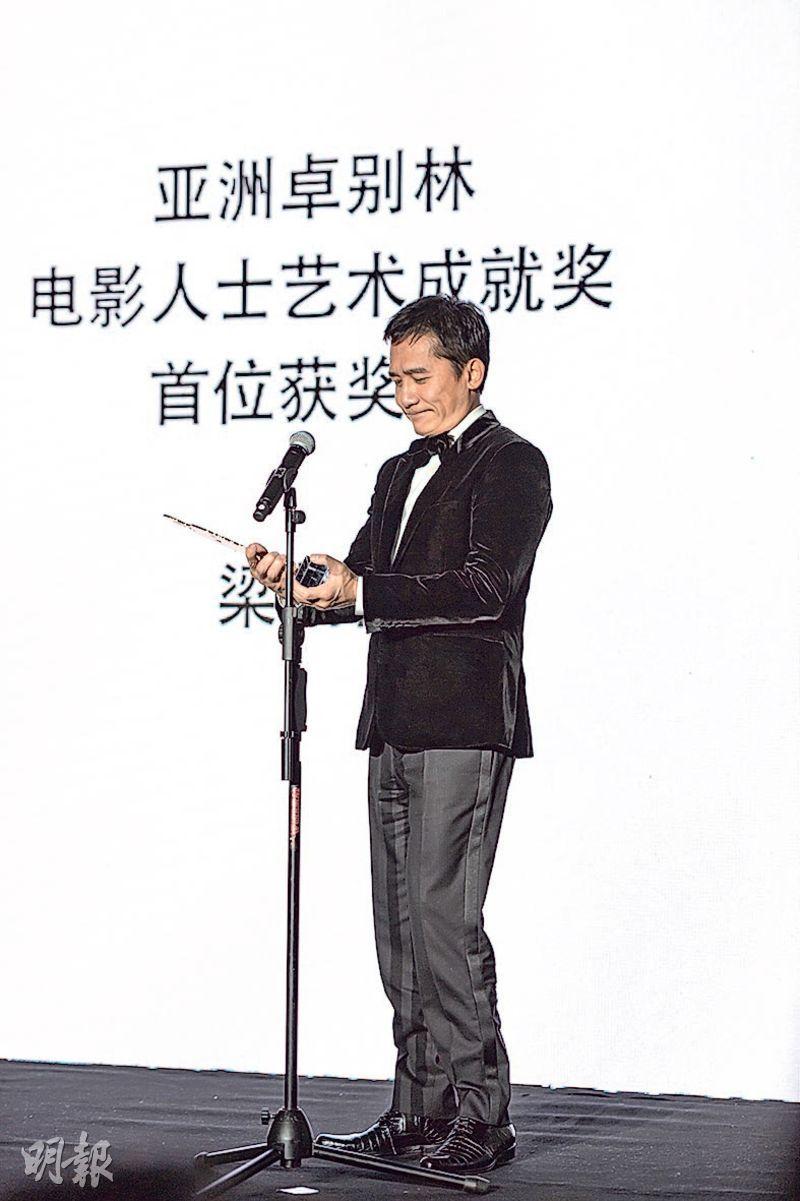 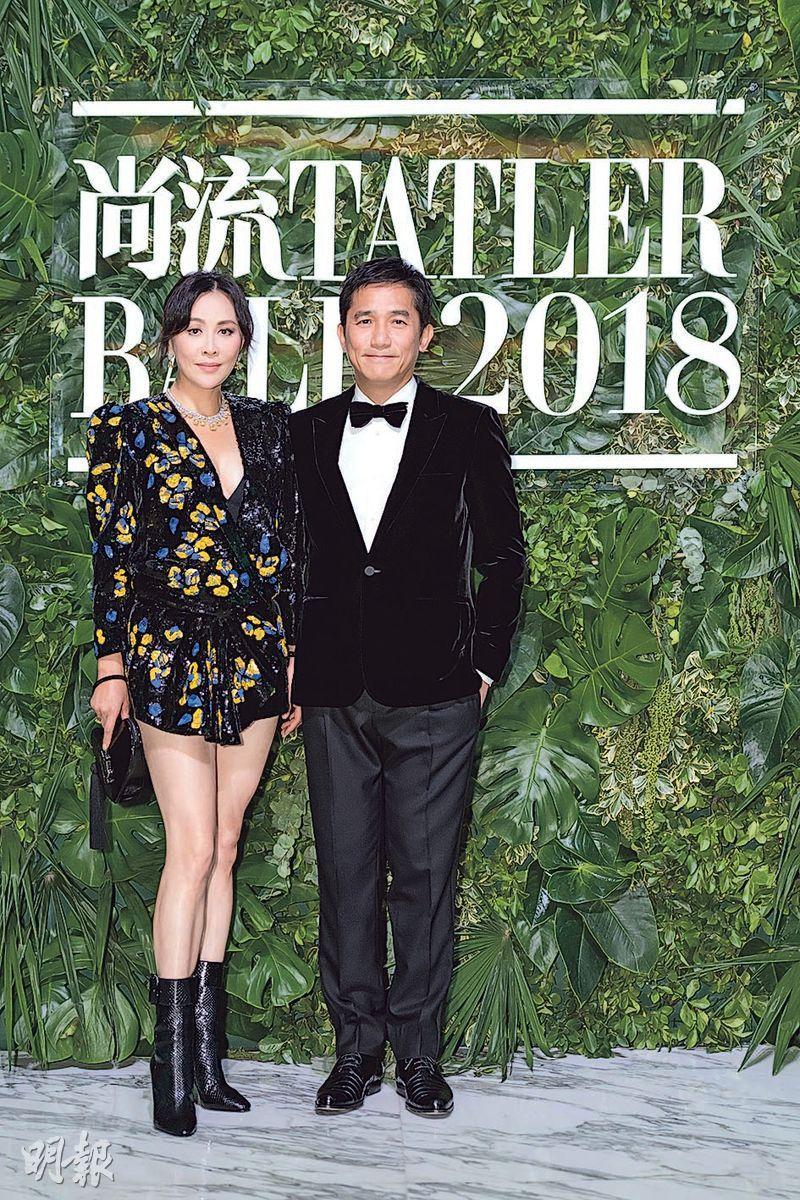 Best Actor Tony Leung Chiu Wai recently became the first Asian star to win the "Chaplin Award". When he accepted the award in Shanghai, he was very happy to be able to win this award at this stage of his life. He felt very honored. Carina Lau Ka Ling learned about her husband's award and surprised him as she arranged for Wai Jai's friends to congratulate him in Shanghai.

Wai Jai's wife and manager Lau Ka Ling provided a pleasant surprise for her husband as she arranged for Wai Jai's friends like Kenny Bee (Chung Chun To) and his wife, Chingmy Yau Suk Ching and her husband, Tony Leung Ka Fai and his wife, Alex To Tak Wai and his wife and Anna Ueyama to congratulate him in Shanghai. Ka Ling said, "I didn't tell Mr. Leung, but I asked his friends to come to Shanghai. Yesterday after his interviews and photo shoots, he came back to change and prepare for the red carpet. Friends then appeared and celebrated with his friend with champagne. Mr. Leung really was very surprised!"
Posted by hktopten at 1:27 PM