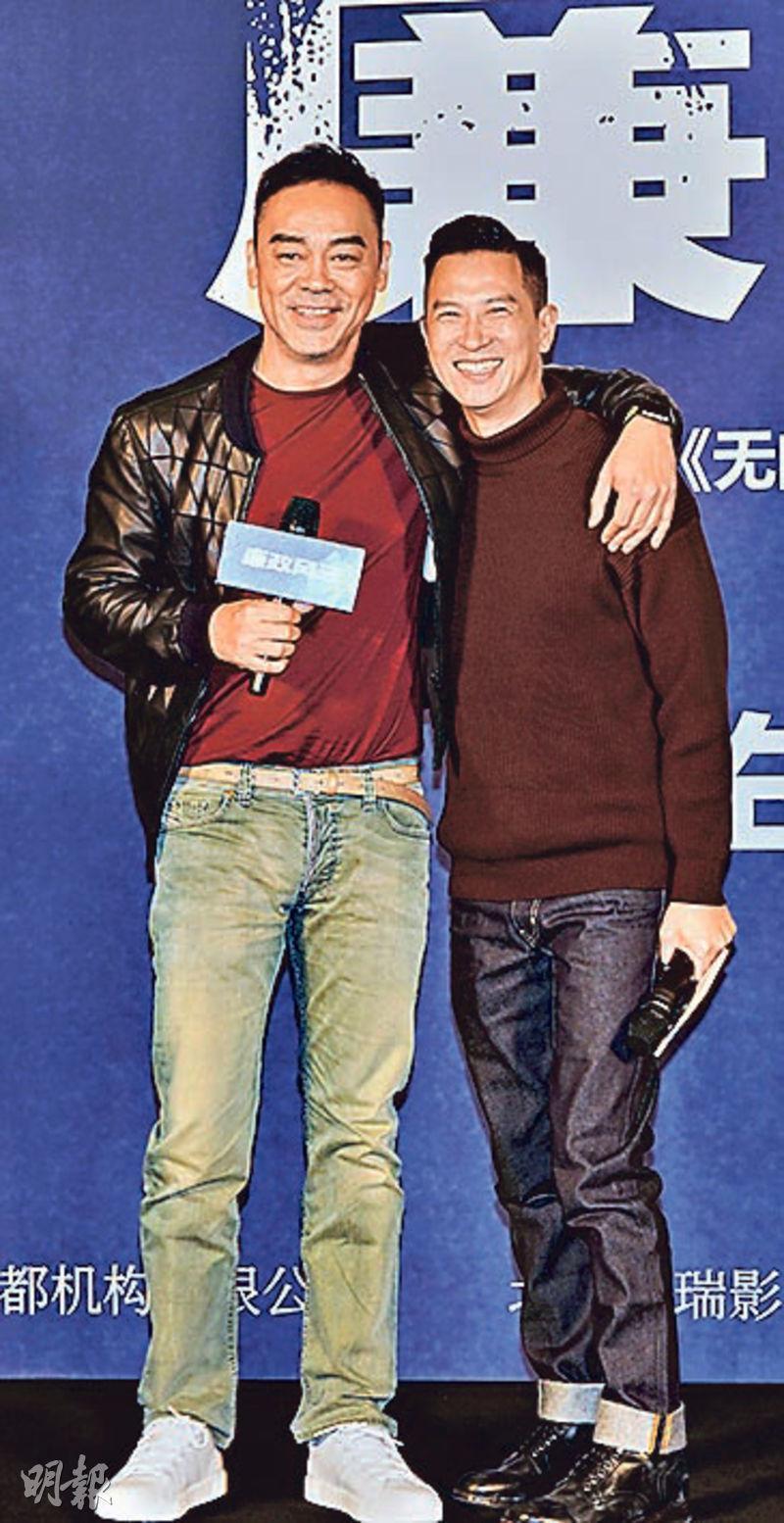 Five years since THE WHITE STORM (SO DUK), Ka Fai and Ching Wan worked together again. Ching Wai praised Ka Fai for making the great leap from acting to directing. Would he be interested in working on Ka Fai's film? Ching Wan shook his head and said, "No, he definitely would seek revenge!" Ka Fai humorously replied, "In previous life I stole someone's money, in this life I become a director!" Then he looked at Directors Mak and Chong and said, "They are already very guilty for a long time!"

Dr. Yeung Sau Sing very confidently said that he was full of confidence in this film with the Lunar New Year slot. "Spring Festival is the good slot that we film companies and filmmakers dream of, of course we will have a lot of competition. Without any self confidence we wouldn't dare to open in this slot, so I am very confident in this film. Mainly director Mak Siu Fai and producers Chong Man Keung and Wong Bun's previous films INFERNAL AFFAIRS, OVERHEARD and PROJECT GUTENBERG were all commercial and critical hits. INTEGRITY in addition has two Best Actors and one Best Actress. This year's Mainland Spring Festival week made almost 6 billion (RMB) at the box office. We should have a good box office performance."

Ka Fai's recent Lunar New Year was FROM VEGAS TO MACAU (DOH SING FUNG WON). Would they appear at the movies for audience appreciation in the New Year? Ka Yun said, "If the two of them would I would follow them!" Ka Fai revealed that he would support himself, perhaps he would have a chance to run into the audience and wish them a Happy New Year. Despite being a couple with Ching wan in the film, Ka Yun did not have as many scenes with him as she did with Ka Fai. Ching Wan said, "Director Mak Siu Fai arranged for Ka Fai and Ka Yun's scenes to be without romance, they wouldn't be as exciting and loving as mine with Ka Yun."

Director Mak Siu Fai said that the film's theme was anti corruption. In INTEGRITY an important witness in a corruption case ran to England. Investigators in charge of the case try everything to bring him back, but as he is about to return to Hong Kong something unexpected happens.
Posted by hktopten at 2:29 PM