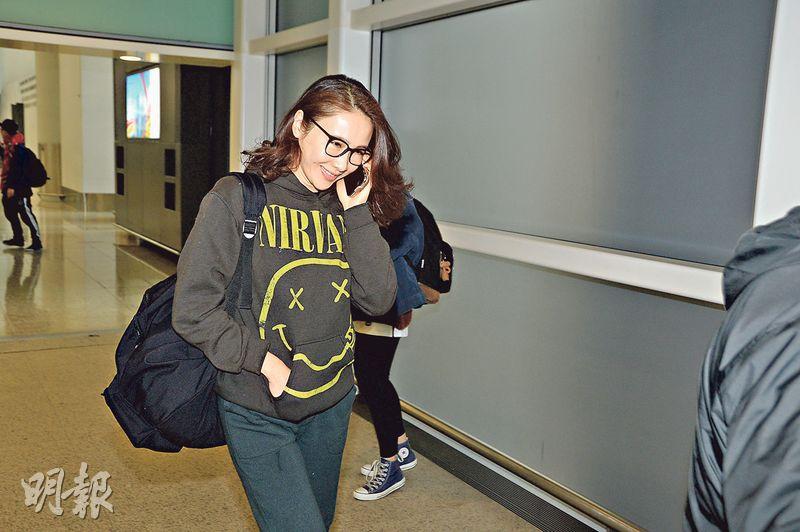 Dior Cheng Yi Kin and Gigi Ma Lai Ka Yi (Lai Chi) earlier appeared on a radio interview. They both agreed that they did not change much, bu they were much more mature than before. Gigi said that their personalities used to be similar, unable to express themselves or handle matter. They hid a lot inside. She felt that Ekin looked aloof but was very hard working inside. Perhaps since they were both Libras they were more reserved and quiet. Ekin said, "She and Ah Yo (Yoyo Mung Ka Wai) are very close!" Now they both have their own happy families. Gigi felt that happiness actually was very simple, as long as you knew how to be grateful and easy to please the gates of happiness would open for you! "Life has ups and downs, with success and failure, even you are down you have to be grateful, treat setbacks like life training." Ekin agreed, as he felt life should not be too complicated.

The classic film YOUNG AND DANGEROUS (GOO WAT JAI) brought Ekin and Gigi together. Ekin actually remembered Gigi's drinking song WHITE SHIRT the most. He even sang it to Gigi, who was in a white shirt and made Gigi crack up. Ekin said that his deepest impression of her was WHITE SHIRT, as people still remembered this song today. They also recalled the YOUNG AND DANGEROUS era. Gigi said that she used to be a singer, but her costumes in the film were rather forward as she always wore super sexy short dresses. She said, "I thought what was I going to do! However I had Ekin there, with him it would be the best product." Ekin felt that their collaboration had great chemistry. They experienced a lot during he shoot. Gigi had a fear of heights but had to jump from the roof. Gigi said that at first she thought she would have a stunt double, but actually she had to jump in person. Once she got hurt. Although they did not see each other often, on the program they could not stop talking as their friendship would always remain in their hearts!
Posted by hktopten at 2:24 PM