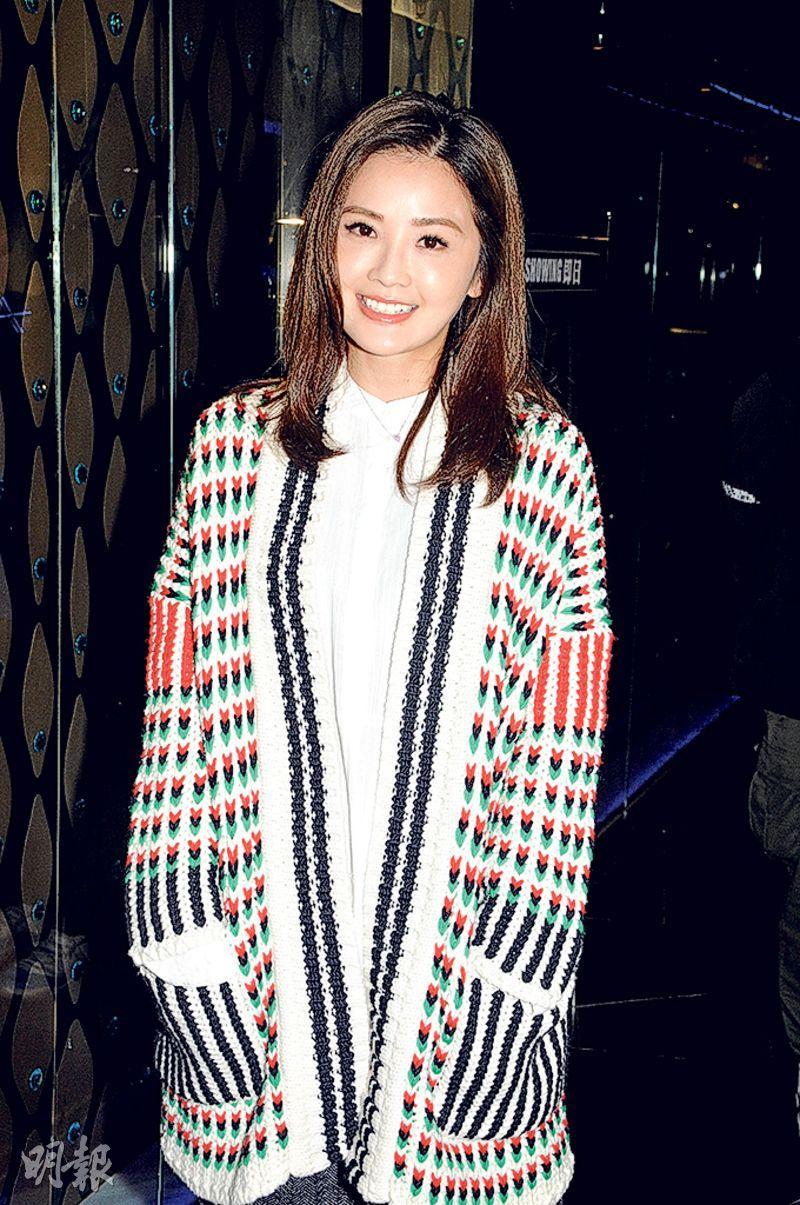 Charlene Choi Cheuk Yin yesterday attended an audience appreciation event for her film THE LADY IMPROPER (FEI FUN SHOOK NUI), played games and gave away chili oil to the audience. In the film Ah Sa had a daring bathtub scene. Ah Sa said that this scene borrowed a little from THE PIANO. She sat sideways purely for the aesthetic angle, which the director had her own as well. At first when she took the film she was under her influence a little. As for her pole dance scene, did she get into shape for it before hand? Ah Sa said, "Not deliberately, because in the film I played an ordinary person I completely neglected my own shape. However I practiced pole dancing for awhile and thought it was fun. (Did you have any bruises?) During the shoot my adrenaline went up alot, so I had no feeling. After the shoot I realized that my legs were all bruised, my toenails were all cracked and the pain from my fingers pierced my heart. Yet after the shoot I still wanted to keep learning. (To make things more interesting?) Don't think that way for everything, it is a sport. (Do you feel more feminine?) I understand myself more." Ah Sa also admitted that at first she did not dare to wear her costume. She went to her first class in gym sports, but she saw all her classmates were in dancewear and instead felt very awkward. In her dancewear Ah Sa did not have anything loose. Ah Sa taught an unique trick to everyone. "In the rear of the pants sew another old, then nothing would squeeze out. From now on when I would do the same with my swimsuits."

Ah Sa was rumored to have vocal cord issues and had to stop singing. "This problem has already bothered me for several years, so I was forced to finish all my singing. The doctor said that I had to make a transition. Many people recommended doctors to me. It was from the vocal fatigue. I would have to stop talking for several months. Maybe it is a revelation from Heaven." She could play mute roles. Ah Sa joked that she would have to learn sign language first. When asked about her relationship and marriage, she said that she was happy with the current condition. No on would know what happens in the next second and Heaven would tell her. Would she secretly wed? Ah Sa said, "No, after messing up once I want everyone's blessing. (Would you make a big deal like Ah Gil?) I haven't thought about it."
Posted by hktopten at 2:10 PM