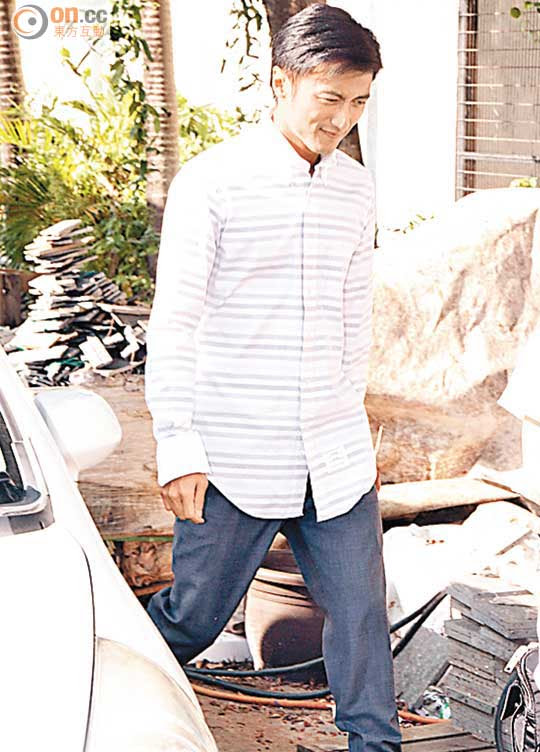 Cecilia Cheung Pak Chi in July brought her two sons Lucas and Quintus to Canada for the summer. Reportedly Pak Chi intended on immigrating, Ting Fung's family could not reached her and Deborah Li was missing her grandsons. Ting Fung has never commented on the rumor. Yesterday he suddenly issued a statement about the negative rumor and stressed that he, his former wife and children maintained close contact. The speculative reports has disturbed his sons and he was afraid that they would cause misunderstandings between children and parents. He would reserve the right to take legal action and asked for his children to grow up in a disturbance free environment.

Manager Mani Fok Man Hei was asked if Ting Fung issued the statement because the rumors troubled him? She said that actually Ting Fung and Pak Chi stayed in touch for their sons. He did not want to have any grudge between them over the rumors and affect them from taking their sons together; yesterday Tse Ting Fung continued to work on the film FROM VEGAS TO MACAU (DOH SING FUNG WON).

Although the recent rumors, Ting Fung still gave reporters a friendly wave and smile. However, he only smiled and did not answer any question. He had his hands in his pockets and chok his way to the dressing room. After a hour he stepped out in make up and costume, with a cup of milk tea in his hand he went to the set. When reporters asked if he could do a brief interview, Ting Fung continued his friendly smile. "No! Right now I have to shoot stuff! Later!"

Tse Ting Fung asked his law firm to issue a statement to the media.

This firm also through this statement reiterates, Mr. Tse has always maintained close contact with his children and their mother. The aforementioned untrue reports about Mr. Tse and his children obviously have crossed the lines between the media and the reported's privacy.

Mr. Tse deeply believes that friends everywhere would understand that such "speculations" without any reference value have already brought unnecessary disturbance to the children. The behavior of individual media also has a chance to cause misunderstanding between children and parents.

We hope that friends in the media would recognize the loving hearts of Mr. Tse's family for the children and from now on would let the children grow up in a healthy and disturbance free environment.
Posted by hktopten at 2:08 PM