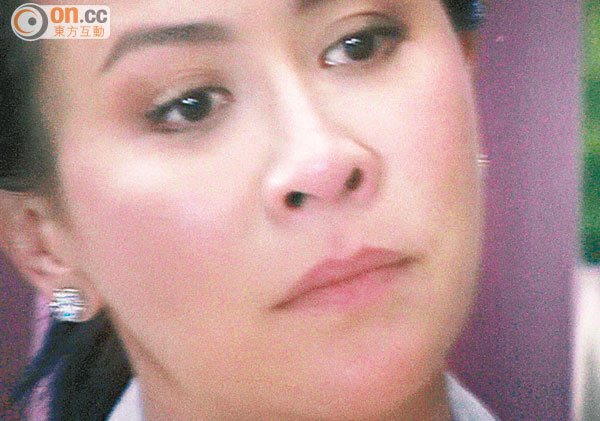 Carina Lau Ka Ling yesterday was a promotional ambassador a walk against gynecological cancers. When she host the ceremony and saw a balloon popped she covered her ears in fright. Sh said that she has had scheduled physical examinations, over the years friends like Anita Mui Yim Fong have fallen illness. Thus she would pay more attention to gynecological examinations.

Lau Ka Ling accepted an interview with Luisa Lai Chi San's TELLING MARIA and spoke about her kidnapping. She said, "If I have the chance, I want to run into those 4 people. They were under other people's order." Ka Ling yesterday afternoon was asked about the interview. She said, "Actually I have already forgiven them long ago, now I am very honest. I don't have any taboo, anything that I can't talk about. My mind is very open." She and Chi San had a lot of fun during their interview as she did not have any secret.

Recently Ka Ling landed in a Mainland "richest show business women investors chart" with 650 million yuan RMB. She asked everyone not to believe it at all. "Many sites are just for laughs in order to draw people's eyes and increase hit rates. I am a working person, I work nonstop." Her friend Vicki Zhao Wei two nights ago won the Golden Rooster Hundred Flower Film Festival Director Debut Award. She was happy for Zhao Wei and would definitely celebrate with her. Ka Ling was not too interested in directing. A director had to keep a lot in mind, which was not simple. She might not have the ability to. She would like to try producing if she had a chance, from planning to completing a film. She believed that the sense of satisfaction would be greater than acting, but she saw how rough Shi Nansun had it. She heard YOUNG DETECTIVE DEE RISE OF THE SEA DRAGON (DIK YUN KIT ji SUN DOH LUNG WONG) made almost 70 million yuan RMB in the Mainland and she was very happy.
Posted by hktopten at 8:20 PM