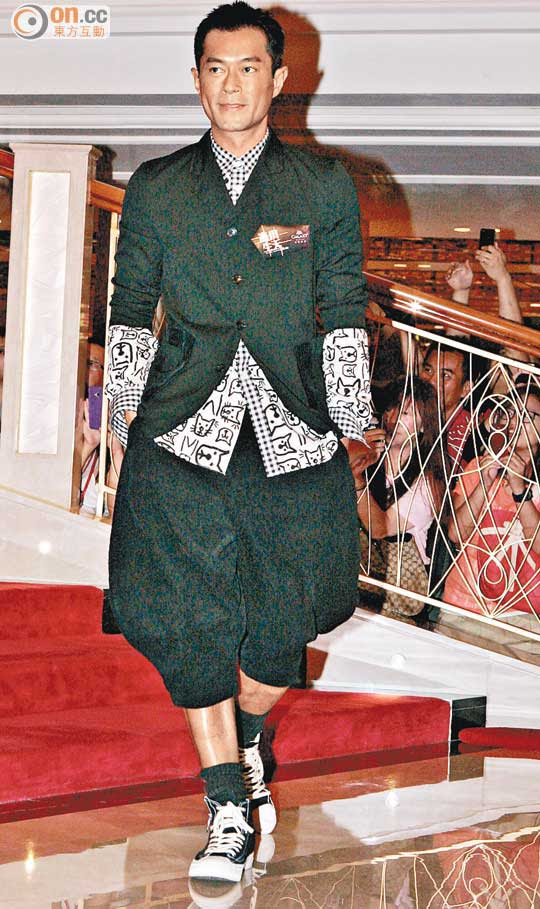 OUT OF INFERNO (TOH CHOOK SUN TIN) two nights ago held its premiere at the Galaxy Hotel Macau. Once playing a firefighter in the television series BURNING FLAME, Louis Koo Tin Lok joked that when he made OUT OF INFERNO he was burnt from the beginning to the end, soon he would be burnt to death. "At TVB before, a fire scene only happened every 5 episodes."

Angelica Lee Sinjie was asked if she received special treatment from her director husband Oxide Pang Shun. She said no, but Koo Tin Lok cut in. "In other words midway through the shoot would he drag you aside to kiss." Lee Sinjie awkwardly laughed. Koo Tin Lok again said, "Oh! They just save it until they get home to kiss again." Lee Sinjie said, "I did whatever an actor had to do, I would be a little more careful." Koo Tin Lok and Sean Lau Ching Wan were asked if they constantly played pranks on Lee Sinjie? Their eyes widened as they said together, "Her husband is the director, what would we do if he sets us on fire and burn us to death?"

Koo Tin Lok was rumored to be taking part in the film version of TRIUMPH IN THE SKIES. He said that he had initial contact and was interested in playing a pilot. "I long for the feeling of flying around in the air."

Speaking of his Huading award Best Actor nomination, Lau Ching Wan said that he was honored. As for confidence that he would beat Nick Cheung Ka Fai and his strong momentum, he said, "Cheung Ka Fai has always been strong, but it isn't a confidence issue. Let it take its natural course."
Posted by hktopten at 2:06 PM