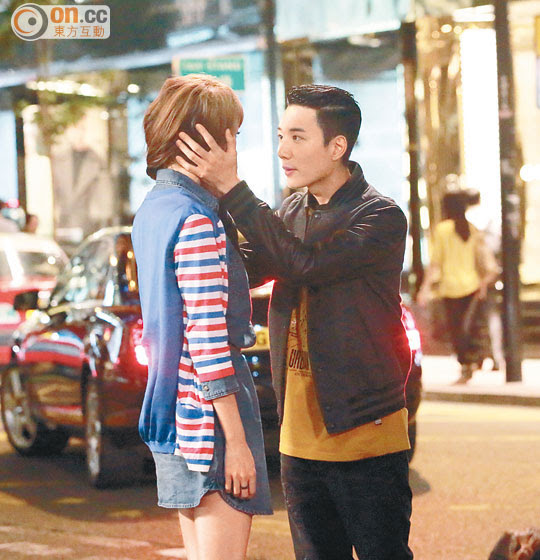 Shiga Lin Si Nga two nights ago worked with film industry new comer Babyjohn Choi Hong Yik on the Patrick Kong (Yip Lim Sum) directed new film on the streets of Causeway Bay. When the team was all set, Shiga did not appear. Yip Lim Sum was in a daze as Choi Hong Yik took the initiative to be closer to the director and chatted with the crew.

Shiga arrived late at the location. After arriving he and Choi Hong Yik rehearsed in front of the director then took their marks. In the story Shiga and Choi Hong Yik held hands and crossed the road when she suddenly threw a tantrum. Choi tried to coax and calm her and had to grab Shiga's cheeks.
Posted by hktopten at 3:30 PM