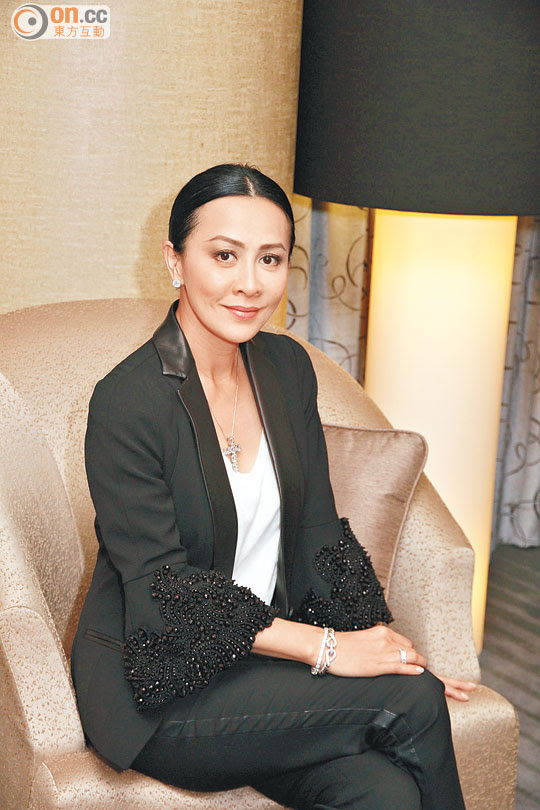 The Tsui Hark directed DETECTIVE DEE AND THE MYSTERY OF THE PHANTOM FLAME was a critical and commercial hit. It even successfully fulfilled Carina Lau Ka Ling's dream and won her the Hong Kong Film Award for Best Actress. For the new film YOUNG DETECTIVE DEE THE RISING OF THE SEA DRAGON (DIK YUN KIT ji SUN DOH LUNG WON), Tsui Hark remained extremely confident but Ka Ling humbly said that she has never thought about winning again. "No, the last time I already felt very lucky, maybe it was being at the right place at the right time. It's about lucky and the competition. This time I really haven't even thought about it." Ka Ling revealed that thanks to the director, make up and costume assistance, she was not worried that she would have a shadow of the previous installment's Wu Zetian. Actually as an actor she only had to coordinate with the director to bring about the Wu Zetian in his mind.

Speaking of lead actor Mark Chao (Chiu Yau Ting) said that he would never shoot an underwater scene again. Was the process too rough? Tsui Hark said, "How dare he? Actually only when I watched the highlight back did I realize that we did a lot. I believed that everyone suffered a lot." Ka Ling also felt that the toughest was the challenge of nature. Would she rather take the summer off from now on? Ka Ling said, "No, as an actor you have to give. Watching the film on the screen was worth all the suffering. (Would you make it again?) Definitely, if Tsui Hark asks me I would again. (Even playing the old version?) No problem."

Tsui Hark was asked if he would plan a third film. He said that during the end credit 20 some drawings brought the Detective Dee world to life, which was even more amazing that a buried lead. "Of course I want to make a third film, but it will depend on the actual audience response. (Do you expect to include Ka Ling?) Wu Zetian gave Di Renjie a lot of pressure, which was pretty entertaining. In addition Ka Ling already has a great understanding of Wu Zetian, in reality she still has quite a presence!" Ka Ling chimed in and felt that the Tang Dynasty story had to have Wu Zetian to be entertaining, which was a type of symbol.

Ka Ling also praised Tsui Hark as sharp. With several hundred people present, he had to make a lot of decisions. He was still at ease. She said, "Being a director truly wasn't simple. He faced so many people and problems but still was very calm. He had the presence of a big time general. Maybe inside he was very raging, but on the set he could not be calmer. He was very sharp."
Posted by hktopten at 3:28 PM