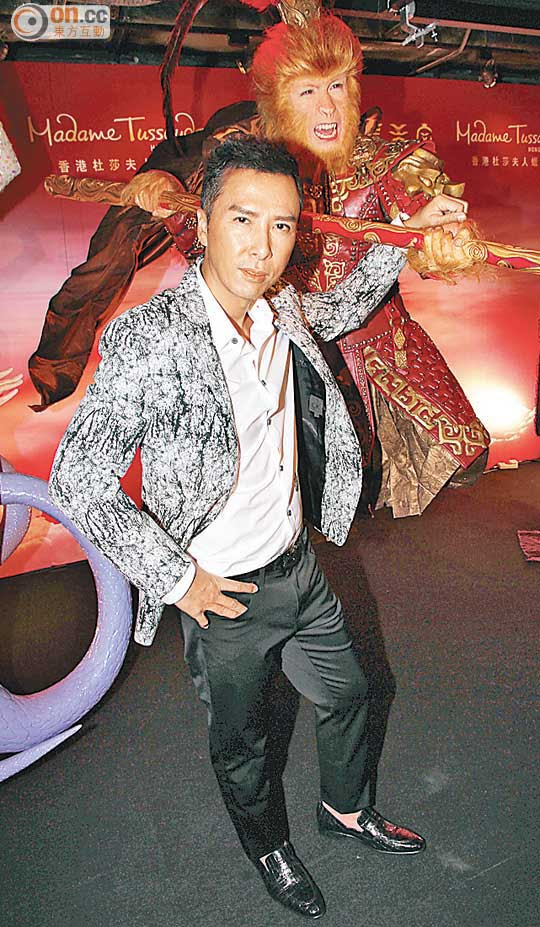 Yen Chi Tan's Sun Wukong look was the first wax figure in the air. He admitted that making JOURNEY TO THE WEST again had certain pressure. He said, "When you make this movie I have to carry historical responsibilities, if you don't perform well you would be yelled at for a lifetime." Chi Tan revealed that playing Sun Wukong in the film required 5 hours on special effect make up and 1 hour to remove it, which were more than he could take. He said, "I sat in the make up room until my back was stiff. Sometimes I had to wear a mouth guard, which gave me trouble with eating. I worked like that for almost 4 months. This film tortured my body to its limits. I got several years older, so I won't make similar films. It's too rough." Korean star Lee Byung-Hun hoped to have a chance to work on a fight scene with Chi Tan. Chi Tan welcomed the challenge. "We have run into each other at different events. Actually we are both action film actors. If we would have the chance to work together, of course I would welcome it. I can represent China's martial art films and fight with him."

Playing "Princess Iron Fan" in the film, Chen Chiao-En perhaps in order to avoid questions about Zhang Xinyu's interference into her romance with Wallace Huo Chien-Hwa stipulated before the event that she would not accept any interview. Yet she appeared to be in decent mood and often took photos with her wax figure. She praised, "My heart is beating because it's too real. It's exactly the same as the film costume. In addition I worked with Kwok Fu Sing. He is very nice, his acting is good too. We had a lot of fun during the shoot."
Posted by hktopten at 2:28 PM