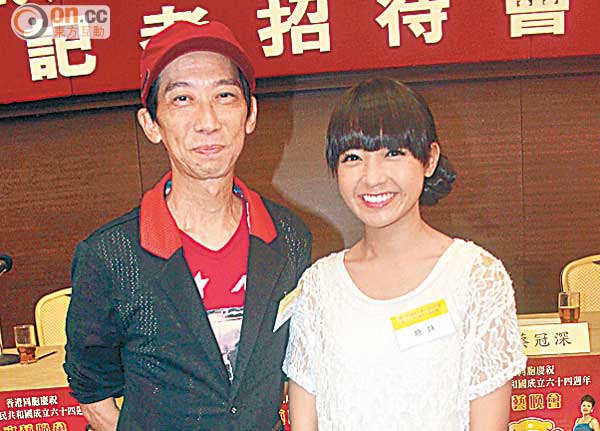 Cheung Tat Ming and Soler yesterday attended a National Day event press conference. Cancer survivor Tat Ming will host. "Now I am a little fatter, I have to exercise harder. Because my limbs are still numb, I have to walk more." He said that earlier he turned down many jobs out of laziness. Now he took more jobs that he could handle like hosting to absorb more positive energy. "I of course can't stand for 2 hours for a show, but as a host I am OK. Earlier I also guest starred in the film. Instead my legs would go numb when I am sitting, I might as well go out and walk around." He revealed that he will work with Pang Ho Cheung. "I am writing a script. Next year I will direct a film but will not perform. Pang Ho Cheung has agreed to produce."
Posted by hktopten at 1:56 PM