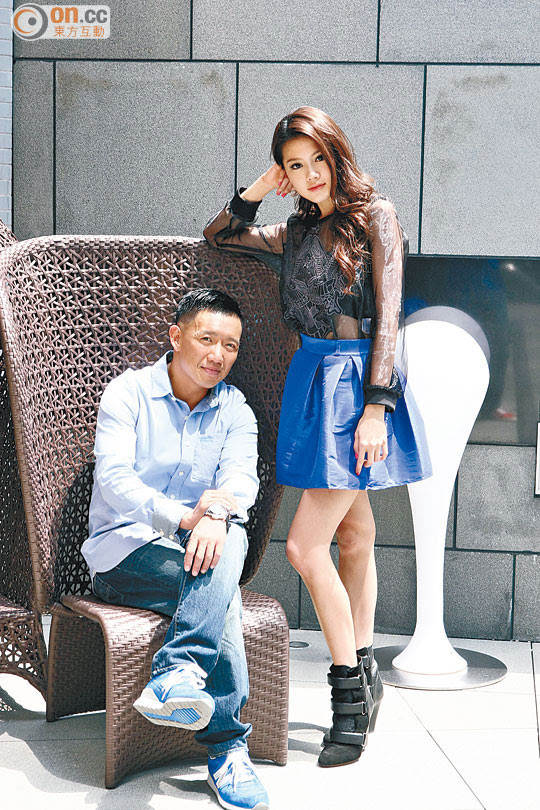 Chrissie Chau Sau Na and Chapman To Man Jat worked together in the Wong Jing directed new film MR. AND MRS. PLAYER (LAN GWUN FU DAU LAN GWUN CHAI). Sister Na admitted that everyday after work she would be unhappy because she could not hear Ah Jat's funny gags. She said, "All of my most extreme scenes I gave to Ah Jat. From head to toe I liked him so much. He has beauty from within, a sense of humor and always treated me to snacks! (Do you mind men who flirt?) He might not be able to do what he says. I am OK with 'flirting men'!" Sister Na after a heart break had another experience with cheating men and philandering men. She said, "Men are naturally philandering, girls after a long relationship would love them more and have a very hard time with differentiating between love and sex. Yet it doesn't mean that I accept philandering men. I wouldn't torture myself like this!"

Ah Jat after haring Sister Na's acceptance of "flirting men" immediately flirted, "Why did I treat Sister Na to tarts? Because 'do to others as you would them do to you' I look forward to Sister Na treating me to tarts!" Ah Jat also revealed his favorite Sister Na "specialty". "My favorite is Sister Na's scar on her leg (she scorched her right leg on a motorcycle exhaust pipe while making PAPER MOON in 2011 and left a permanent scar). Which goddess doesn't have a scar? Her scar is perfect!"

Ah Jat's comment made Sister Na very happy. He even pointed out that his MR. AND MRS. GAMBLERS (LAN DOH FU DAU LAN DOH CHAI) co-star Fiona Sit Hoi Kei could not compare. H said, "Tell Ah Fi to take a ruler and measure the sizes first! When she sees Sister Na she has to automatically enhance her bust! Sister Na is an otaku goddess! (Are you afraid of your wife Krystal Tin Yui Nei's jealousy?) People are greedy, no man is faithful and never screws around, but in this business people have their eyes on me. I can't act up so my old lady is very at ease!"
Posted by hktopten at 3:13 PM