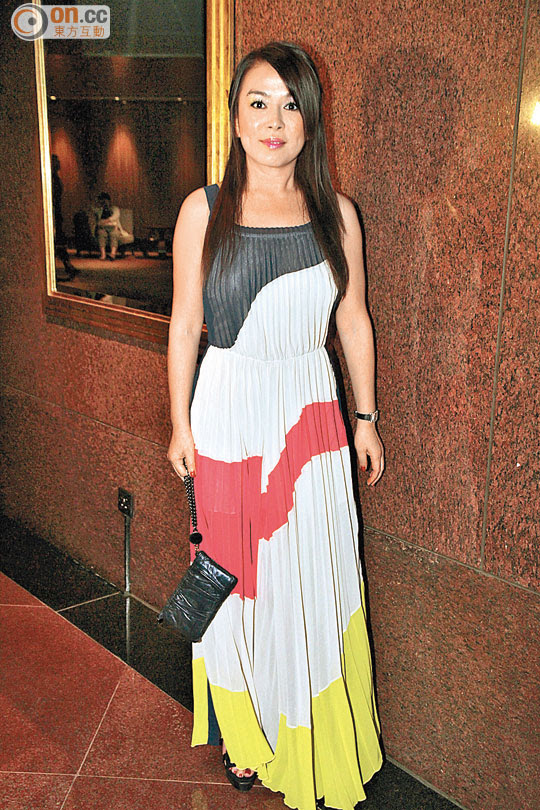 Charine Chan Ka Ling two nights ago attended the wedding banquet of Raymond Wong Pak Ming's son Edmond Wong and revealed that she will invest in a romance as a producer. Yesterday she said that it will mainly be an international comedy. "I like to make something that has less market, which is fresher. The movie will be about how guys get girls, and what girls want now." As for the cast, Ka Ling sated that it was in negotiation. She had 6 to 7 choices on hand. "We will find the most hit artists now, for now we can't reveal anything. (Local actor?) No, world actor, w will look for handsome guys and pretty girls."

As for film industry new comer Angelababy (Yang Ying), she said, "Angelababy is my favorite new actress in the past five years. She is very sweet. I hope to have a chance to work with." Ka Ling also pointed out that she will work with a foreign team and shoot on location in Europe. How much did she invest? She lamented, "It's very expensive, I don't dare to think about it. I hope to get it done within a hundred million. I am afraid of going over budget."
Posted by hktopten at 3:54 PM