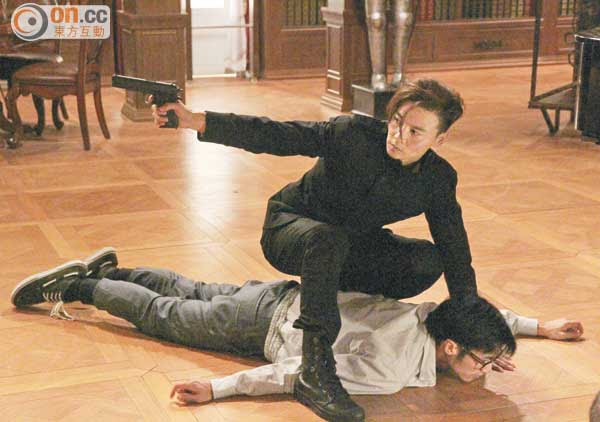 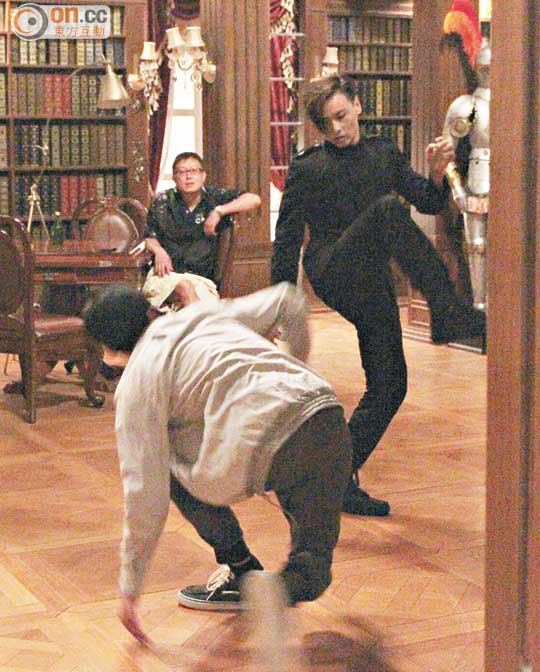 Nicholas Tse Ting Fung and Max Zhang Jun earlier in Kam Tin worked on the Wong Jing Lunar New Year film FROM VEGAS TO MACAU (DOH SING FUNG WON). In the story Zhang Jun strangled Ting Fung, held him down and hit him, thus before the shoot they had to wear protective pads and rehearse. An avid martial art fan, Ting Fung very early on already stated that he wanted to work with a good fighter like Zhang Jun. Finally he got his wish as they were ordered to "battle". Since punches and kicks had no eyes, was Ting Fung worried about being hurt? He smiled and said that he had a lot of confidence in Zhang Jun. "I am not worried! Earlier he and (Chapman) To Man Jat fought, when he hit people he hit very comfortable. Because he knew how to naturally hold back, we could coordinate and adjust."

This time Ting Fung worked with film industry superstar Chow Yun Fat for the first time. He stated that he was very happy. "Fat Gor is standing tall, he has worked with Zhang Ziyi and Chow Kit Lun (Jay Chou). Both of them are thirty something now and at the peaks of their careers. In terms of China, Hong Kong and Taiwan, I now am considered the Hong Kong representative." Ting Fung has always thrown himself into work, but when asked about his former wife Cecilia Cheung Pak Chi, the production team and his assistant immediately halted the question and thoroughly displayed Ting Fung's low key style.

Working on his first fight scene after his injury, Zhang Jun admitted that the swelling still has not gone down on his eye. Everyone worried that he would not be able to be on camera. To avoid hindering the production, Zhang Jun often did sit ups and finally barely made the swelling go down. With make up he had no problem being on camera at all.
Posted by hktopten at 7:29 PM