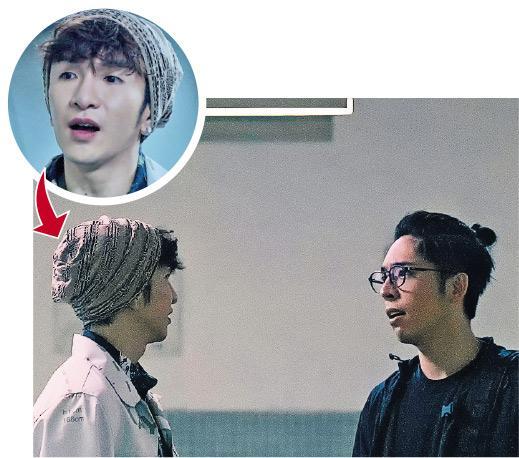 After two month hiatus from work, MIRROR would gradually return. Edan Lui Cheuk On and Anson Lo's first film together, HONG KONG FAMILY (GOR SI GOR JIK) would open in November. Its poster and teaser were unveiled yesterday. Playing father and son, Best Actor Gardner Tse Kwan Ho nd Edan in the trailer got into it on the street. Edan screamed out of rage, "Has he thought about it from my angle?" Then he screamed when he was alone in a rom. In another scene Anson Lo who played his friend yelled at him. "You are escaping from reality right now!" In the few scenes Edan had no stage fright in front of the Best Actor and his performance would be a pleasant surprise. The film was invited to participate in the Busan Film Festival. Director Eric Tsang Hing Won would fly there early next month to meet with the audience.
Posted by hktopten at 7:06 PM