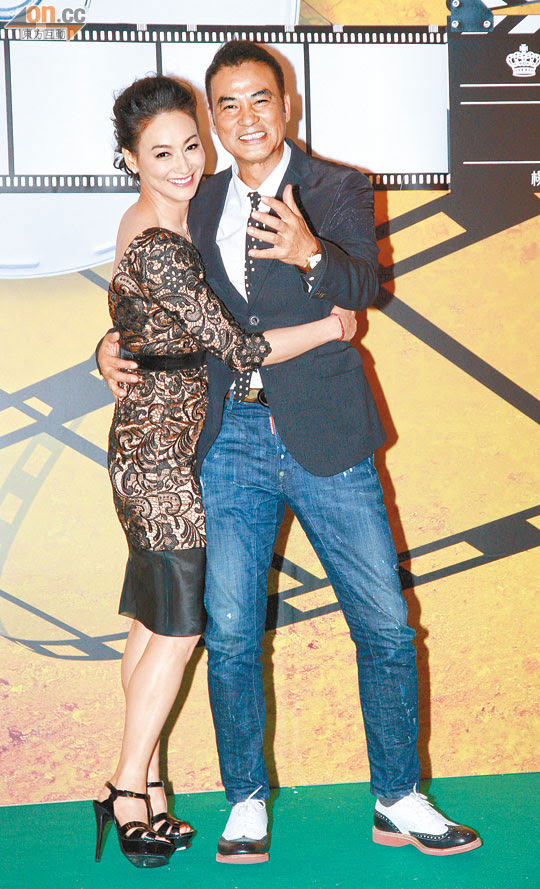 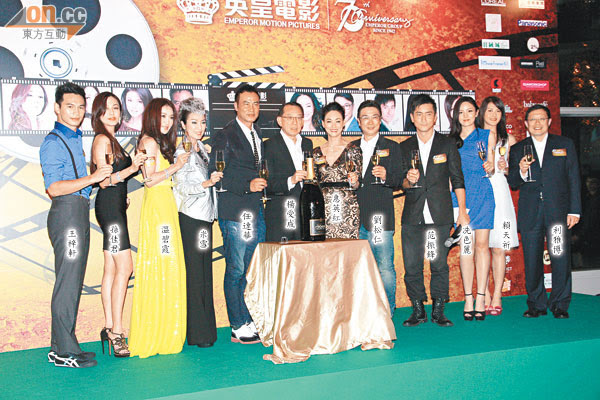 Simon Yam Tat Wa, Paulyn Sun Kai Kwan, Irene Wan Bik Ha, Damien Lau Chung Yun, Michelle Yim (Mai Shuet) and others last night attended the "Emperor Motion Picture Night" contract signing ceremony and to officially join the Emperor Motion Picture artist management department. Already a mother of two Sun Kai Kwan was in great shape. When asked why she returned to film, she said that she has always passionately loved film. Now her sons are eight and four and gradually growing up, she was able to return to film.

Sun Kai Kwan said that her older son even asked her for a guest starring role. Would she accept a mother and son collaboration? She honestly said that she could, and her son liked to perform very much. Sun Kai Kwan admitted that currently she was a single mother, but she was in contact with the children's father. They were good friends. She said, "Actually being a mother was already tough. Although I will be making movies, I will be able to take care of the children. Right now they are studying in Hong Kong." Did she need to make milk money? She said that she hoped to be able to make some money; at the same time she said that she had no suitor now but welcomed all men to pursue her.

Wai Ying Hung said that this time the salary was very reasonable. She hoped to be able to work with Yam Tat Wa, Nick Cheung Ka Fai, Nicholas Tse Ting Fung and others. She joked that this time she tagged along with Yam Tat Wa to join Emperor. She too would like to make even more good movies and win more awards. As for Gordon Liu (Lau Ka Fai)'s illness, she admitted that she was aware but as far as she knew he is much better now and is able to walk. Speaking of his children unable to see him, she knew that he had some problems at home but was not at liberty to ask him about it.

Yam Tat Wa rarely signed with a film company. He said he did this time because Albert Yeung Sau Sing was very passionate about movies and signing with a company could save a lot of time that he would be able to spend more of with his family and on exercising. He said that he also looked forward to working with Sister Siu Hung. Wan Bik Ha said that this time was destiny. She said that after marriage she has been focused on her family life, but actually she loved making movies very much. She said that she was not afraid that she would not be able to take care of her family as well and did not need to ask her husband.
Posted by hktopten at 3:13 PM