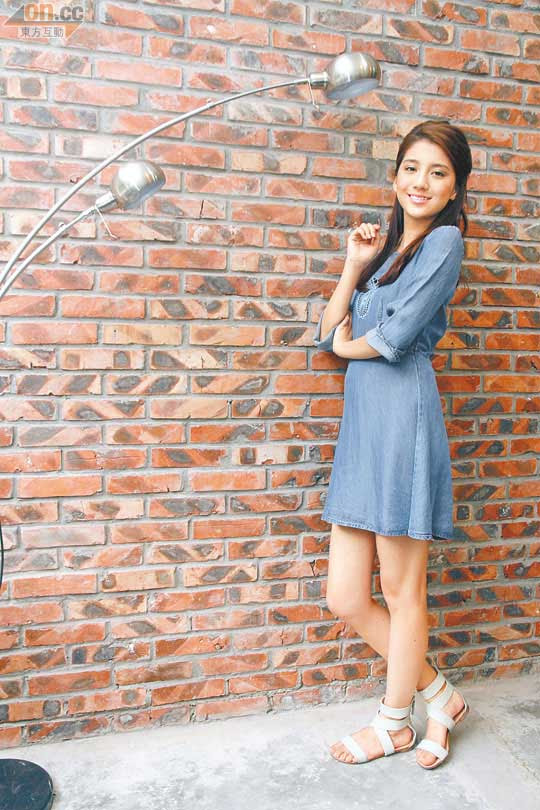 Karena Ng Chin Yu due to the film LOVE IS PYJAMAS (NAM YUN YU YI FOK) was linked to Chok King Raymond Lam Fung in rumors, but she did not mind. Rumors were like fashion style, when they were outdated no one would notice. Actually not only the rumored boyfriend, Chin Yu also received attentive care from many co-stars. She said, "This is my third film. This time I have more emotional scenes, many of which are with the family. The group scenes are numerous and the pace fast. I learned a lot from Sister Mo (Teresa Mo Shun Kwan) and (Ronald) Cheng Chung Kei."

Chin Yu and Sister Mo played mother and daughter. She was grateful of her attentive guidance, from which she benefited a lot from. She said, "The most memorable was the scene in which I got Sister Mo mad. Although in real life I have argued with Ma, but this was truly the first time that it got so heated. I had to thank Sister Mo for guiding me with care. She truly is a very professional elder. Of course ten minutes before taking our marks she was already cultivating her emotions, which taught me such a great professional attitude."

Chin Yu said that Cheng Chung Kei often caused her bad take but she still was appreciative. "Cheng Chung Kei has a natural born sense of comedy. He and I in the film had a blurry relationship, as soon as I saw him I wanted to laugh. With his gestures, expressions and looks, he often caused my bad takes. However I learned the pace of making a comedy. Actually every movie was growth, I still have a lot that I can improve upon, hopefully I will gradually accumulate experience. After several comedies, next time I want to make an action film and play a killer with a gun. (You can easily be disfigured!) Injuries on the set are unexpected, I have to be careful to prevent them."
Posted by hktopten at 6:49 PM