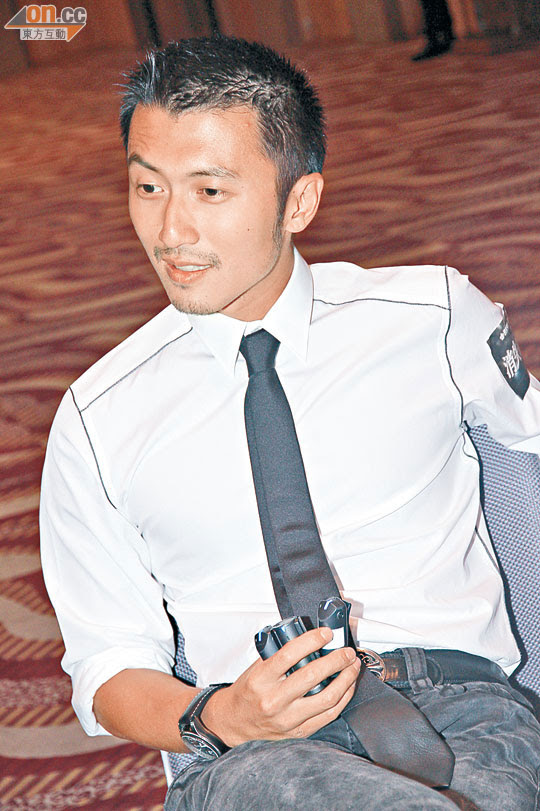 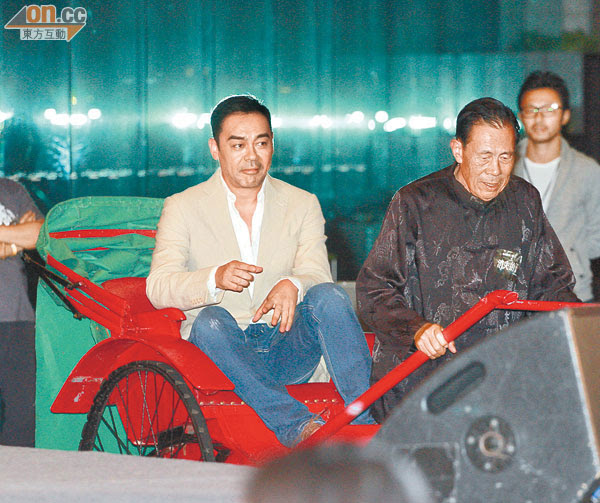 Speaking of the film's Mainland box office success, Ting Fung stated that he did not know the box office figure. Yet the film after 15 days in release already lost many cinema circuits to other foreign films. He hoped that the film release would be able to run a little longer. As for the Hong Kong box office expectation, he said that Hong Kong has not had this type of movie for awhile. In addition this was his first zero fight more drama film, so he had more anticipation. This time he even took the role because he heard the name Lau Ching Wan. He said that he admired Ching Wan very much, and learned a lot from his character. However on the set they spoke less than thirty sentences to each other, which suited the characters well. They also set off many sparks.

In addition, speaking of his former wife Cecilia Cheung Pak Chi's watch gift on his birthday, Ting Fung clarified, "No! That watch isn't for me. (Did you look forward to it?) Luckily she wasn't buying a clock, otherwise the headline the next day would have been Pak Chi gave Ting Fung a clock (Pak Chi attended Ting Fung's funeral)." He said that he did not like to celebrate, so he did not need Pak Chi to give anything. Has their relationship improved due to their divorce? Ting Fung jokingly asked everyone to look at his parents. Was his burden lightened? Ting Fung said that he could not say that. Did he have any unresolved knots in his heart? He asked, "Do you have any unresolved knots? This is very complicated." He also said that he never had any unresolved knots. He also told Pak Chi everything was for their two sons so they did not need to be unpleasant.

Ching Wan was asked about his lack of conversation with Ting Fung. Ching Wan said that because during the shoot he had to stay alert, he did not chat with Ting Fung. Ching Wan recently has been working on the film INFERNO 3D (TOH CHOOK SUN TIN 3D) in Thailand with Louis Koo Tin Lok, due to the workers who spoke different languages on the set, he needed some time to adjust on the first few days. How was working with Goo Jai and Ting Fung different? He said that he has worked with Goo Jai many times so he was more familiar. Their age was closer as well. "When I saw Ting Fung at the television station at age 17 he was still very little, but our chemistry was pretty close." Speaking of his friend Cheung Tat Ming's health condition, Ching Wan revealed that several months ago he already knew that he was ill, but he was uncertain about his cancer. Now the most important was for him to recover as soon as possible. He would not deliberately visit him.
Posted by hktopten at 4:46 PM