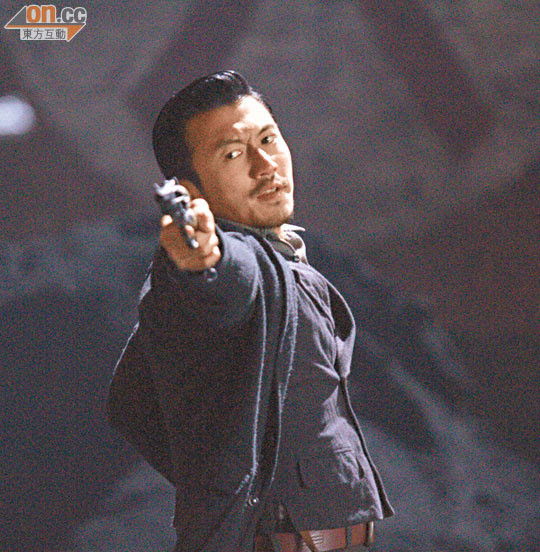 Best Actors Nicholas Tse Ting Fung and Lau Ching Wan worked together on the Emperor Motion Picture THE BULLET VANISHES (SIU SUT DIK JI DAN) actually had danger at every turn! BULLET used real guns and bullets for the entire shoot, on the set were many munition experts who were responsible for weapon transport. During one of the shooting scenes, a gun backfired due to an expert's negligence. The always calm Ching Wan jumped with fright and intensely scolded the expert, "Is this your first movie?"

Ting Fung was also stunned. Ting Fung said, "It truly was surprising, luckily no one was shot."

Although Ching Wan has been acting longer than Ting Fung, he worked on his first real guns and bullets shoot. Thus on the set he often asked Ting Fung for advice. Ching Wan said, "This movie truly is much tougher than usual. I mainly had to ask Ting Fung how to dodge shots so I wouldn't be injured, because the director always said that actors had to know how to protect himself."

Ting Fung said that he was much more relaxed than Ching Wan. "Because earlier THE VIRAL FACTOR (YIK JIN)'s scenes were even more exaggerated." To ease the tension, Ching Wan often performed magic tricks during breaks and cracked up Mini Yang Mi and Tse Ting Fung. Yang Mi said, "When I saw Brother Ching Wan I thought he was very funny. Although he only performed minor magic tricks they were very entertaining."
Posted by hktopten at 5:39 PM