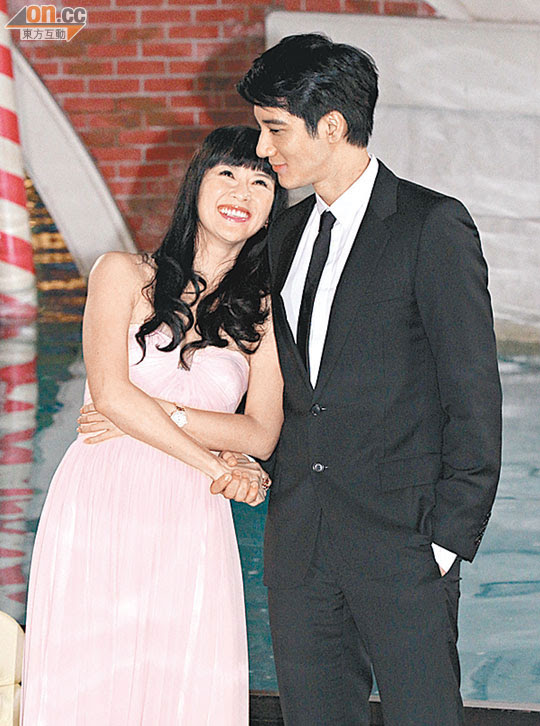 Yesterday the Zhang Ziyi and Wang Leehom (Wong Lik Won) starred film MY LUCKY STAR (FEI SEUNG HUNG WON) held a press conference in Venetian Macao. The conference originally had a question and answer segment, but in the last time it was changed to "no question" press conference. Speculations arose about Zhang Ziyi wanting to dodge questions about her romance with CCTV host Sa Beining and that they did not want to respond to the sensitive questions about the China Japan relationship deterioration.

Zhang Ziyi said that MY LUCKY STAR would be a romantic adventure comedy, with only a quarter of the film yet to shoot. She was very honored to work with Wang Leehom and praised Wang Leehom as the all purpose artist champion, with both manners and talent. Wang Leehom said that Zhang Ziyi was only talking about his character in the film. Wang Leehom felt lucky to be chosen, as he only worked with actors who were better than him.
Posted by hktopten at 2:40 PM