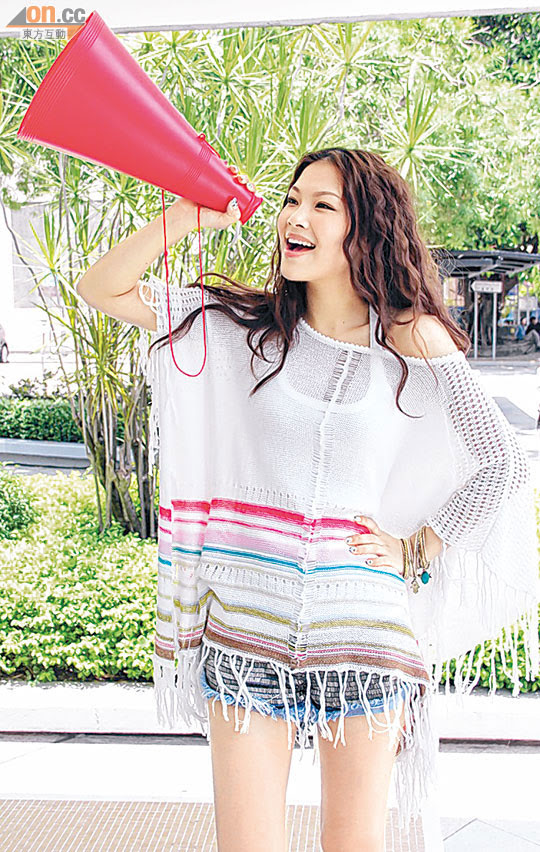 New comer Rainky Wai Yu Sum recently worked on the film LONELY FIFTEEN (LAN MUI JAI)'s continuation WHAT'S UP, GIRL (MEI GAU SIU NUI). Because she normally is full of expressions and of her outstanding figure, she caught director Philip Yung Chi Kwong's eyes and had to play a character who had to sacrifice herself. Speaking of playing a lead in her first film, she was both happy and nervous. "I am afraid of being inexperience, especially with the bed scene! (Have you made any preparation?) I had to lose weight so I would look better on camera, and I had more facial! I even watched many movies with similar subjects for research."

Rainky said that the film reflected reality. Her character was a negative example that would make the audience think, so it was well worth her performance. As for whether she would meet people on WeChat, she said that she would ban strangers and would only chat with friends. "I don't want others to disturb me, ultimately making friends online lacks a sense of security."
Posted by hktopten at 3:58 PM