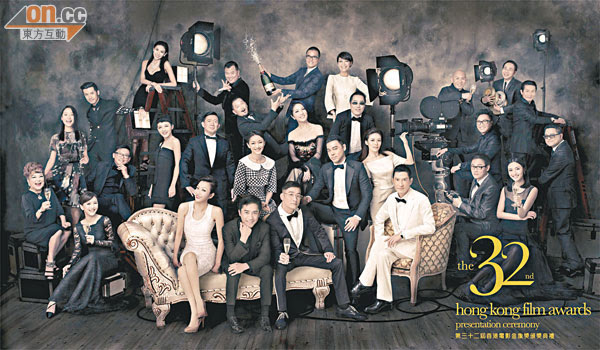 Best Actress nominee Kong Yeuk Lam and Best Supporting Actress nominee DaDa Chan Jing yesterday attended the press conference. They agreed that they were busy looking for clothes and staying in shape for the award show. Kong Yeuk Lam has already dropped to 100 pounds, while DaDa remained at 115 pounds. Thus yesterday she dressed conservatively. She said, "I would go without a bra as requested. I hope to be thinner through exercise, even if my chest shrinks I wouldn't mind." Kong Yeuk Lam praised DaDa's great figure. She said, "For my first Best Actress nomination, I don't know whether I will have a next time. So I have to appear at my best."
Posted by hktopten at 2:09 PM